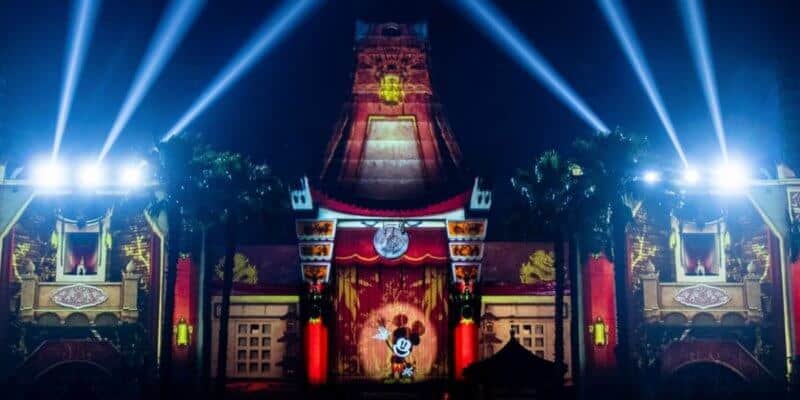 The highly popular Disney Movie Magic nighttime spectacular projection show will be making its return for a limited time.

Beginning on March 13, Disney Movie Magic will be coming back to Disney’s Hollywood Studios at Walt Disney World Resort for its limited run. Disney Movie Magic is a nighttime projection show which will, according to Disney Parks, “transforms the park’s iconic Chinese Theater with state-of-the-art projection mapping technology, placing guests in the middle of a celebration of films from the Disney family of studios.”

And now, Disney has just announced that an all-new Mulan themed sequence will be incorporated into the nighttime experience!

The show initially debuted back in 2017 and features dozens of Disney classics and films, such as Mary Poppins, live-action movies such as Pirates of the Caribbean and The Indiana Jones adventures, and even Marvel films like Guardians of the Galaxy Vol. 2. Disney guests will never know what will come next as Disney Movie Magic features several different genres including musicals, romance, comedy, classics, fantasy, sci-fi and adventure.

Disney Guests will begin their experience when they are first transported into a colorful cartoon world. The Chinese Theater will serve as “the magic portal” as Disney guests are fully emerged into Mickey’s Toontown.

Related: 12 Modern Mickey Mouse’Cartoons to Get You Ready for Mickey and Minnie’s Runaway Railway at Walt Disney World

Stay tuned right here at Inside the Magic as we will be updating you on all the new experiences coming to Hollywood Studios!

If you want to visit Walt Disney World on your next family vacation but need help planning — Don’t hesitate to reach out to our friends over at Academy Travel. Click here for a free, no-obligation vacation quote from the Authorized Disney Vacation Planners at Academy Travel!

Are you excited to see Disney Movie Magic make its return to the theme park? How about seeing Disney add in a new Mulan sequence? Let us know in the comments.