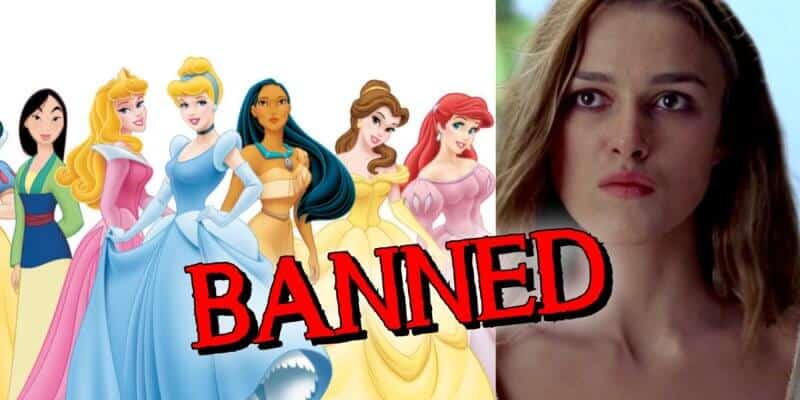 Pirates of the Caribbean star Keira Knightley has revealed that she has now lifted her ban on her daughter watching Disney movies.

The British actor, initially famous for her minor role in Star Wars: The Phantom Menace opposite Natalie Portman as well as UK sleeper hit Bend it Like Beckham, became a huge star with hits like Pride and Prejudice and The Imitation Game.

However, in the Disney sphere, she became a household name with her role as Elizabeth Swann in the hugely popular Pirates of the Caribbean series. Though it’s unknown if she’ll return in a potential sixth film, there are rumors to suggest that Johnny Depp is back on board, so who knows.

Despite this love affair with the Mouse, Keira Knightley revealed that she banned her daughter from watching some of what many consider to be stellar animated films. In an interview with Ellen in 2018, Knightley said she forbid daughter Edie, then 3, from watching iconic Disney flicks like Cinderella and The Little Mermaid. She alluded to the problematic nature of some of the older classics, in particular the lack of agency of their protagonists.

Related: Pirates of the Caribbean to Close for Refurbishment at Disneyland Paris

She said of Cinderella; ‘[she] waits around for a rich guy to rescue her … Don’t. Rescue yourself, obviously.’

However, perhaps her nostalgic return to Pirates around that time alongside Orlando Bloom as William Turner changed her mind about Disney, as she since revealed in an interview with Porter that Edie has ‘seen them all’.

However, she said that both she and Edie share the same view of Sleeping Beauty;

‘When we watched Sleeping Beauty, she said, ‘It’s not OK that man kissed her without her permission! … I can’t tell you how pleased I was. If I don’t do anything else, I’ve managed to drum that in!’

What do you think about Keira Knightley’s attitude toward Disney film? Do classics like Sleeping Beauty promote problematic messages, or is it a story that’s still charming despite being of its time? Let us know your thoughts in the comments below.