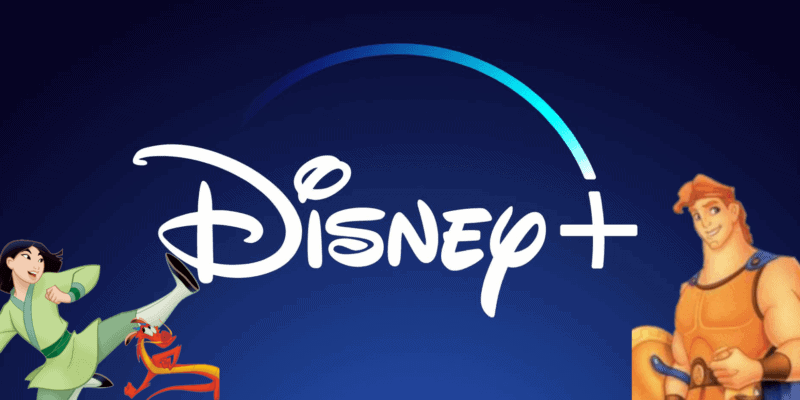 Everything seems a little bleak out there at the moment. For the first time ever, all Walt Disney theme parks globally, as well as all stores in the US have closed. People are self-isolating and, at least here in the UK, toilet roll is seemingly more popular than Fortnite, with stores selling out every day in minutes.

While we’re sure that in a few months, the vast majority of us will look back at the coronavirus hysteria with a gentle sigh of relief, it can nonetheless be a real downer to hear nothing but bad news daily. People can start to wonder if things will ever get better.

Well, we’re here to tell you that it will be alright. While the world sorts itself out and we’re urged to stay indoors, we’ve handpicked some of the most inspiring Disney movies that Disney Plus has to offer right now, across Walt Disney Studios, Pixar, Star Wars, and Marvel.

And if you’re like me and you live in Europe … well, there’s always next Tuesday.

Starting off right with the Disney renaissance, Hercules always feels like a film that shouldn’t work on paper. Motown + Michael Bolton + Greek mythology = win? Actually, yes! This epic adventure boasts many inspiring scenes, but the moment where Herc saves Meg from the underworld, fulfilling his destiny as a god while an orchestral version of ‘Go The Distance’ swells underneath? Phew. Chills every time.

Remember at the start of this movie when the big personalities of Tony Stark, Steve Rogers, and umm, Thor butt heads and argue like children? Well, if they can come together and work for a common good, so can we! Seriously though, despite incredible sequels and a whole universe of solo films to get inspired by, for my money you can’t beat the 2012 classic that started it all. Oh, and that pan shot around the heroes. How can you not just get up and shout ‘Avengers, assemble’ at your friends? Trust us, you’re worthy.

The number one pick for our ranking of the Star Wars movies, few deny that The Empire Strikes Back is the pinnacle of the series. But what makes it inspiring? Well, it’s a story of non-stop loss for our protagonists. Ending on a famously macabre cliffhanger, Han is sealed in carbonate, Luke loses a hand, and even poor C-3PO gets blown to pieces. What George Lucas showed us is that adversity happens. What’s important is to stick together and push on. Wise words.

Ok, so I could’ve put almost any Pixar film in this spot, but personally, I’ve always found the plight of Marlin and Dory to be deeply inspiring. This regular father journeys across oceans, facing huge sharks and lethal jellyfish in order to get back to his son. If Finding Nemo says anything, it’s that love, whatever form it takes, can vanquish all. Cheesy? Perhaps. Important right now? You betcha.

How could we not? With the coronavirus directly impacting the distribution of its live-action remake, what better time is there to familiarise yourself with the fantastic original? Blending stunning music with a tale of a powerful warrior who rebels against tradition to save what she loves most, it’s scientifically impossible to not be inspired by the tale of Hua Mulan. Trust me, I’ve checked. With scientists. Real scientists. Promise.

Tell us in the comments below which movies on Disney Plus inspire you. Let’s get a huge list going to share and keep the good vibes going. Remember, we can only get through this together, so take the core lesson that Disney teaches us, and be kind!