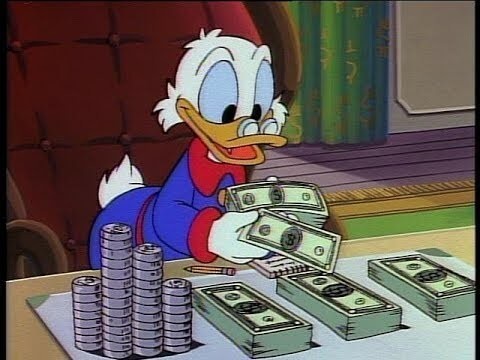 Despite the news that The Mandalorian won’t be released in one go, March 24th is still a big day for us in Europe. We finally get to catch up with the rest of the world and download the Disney streaming service, Disney Plus. However, seemingly in an effort to keep up with the competition in light of an apparently slowing interest, the price of an annual Disney Plus subscription will be slashed in Europe.

If signing up is…inevitable. Take advantage of the limited time offer of #DisneyPlus – only £49.99 for a year.
Sign up at https://t.co/vVdgBqf37h. Start streaming March 24. T&Cs apply. Offer is valid until 23 March. pic.twitter.com/pgz5ew9yUP

This is actually a pretty decent saving, and it will be reflected in other European countries, where the cost of Disney Plus will be €69.99. The deal will allow European Disney fans to enjoy all of their favorite shows and films like the long-awaited The Mandalorian, despite the irritating recent announcement that we won’t get the whole series in one go. Why must you hurt me Jon Favreau?

Customers have to sign up by March 23rd and the deal allows them one year of Disney Plus at this price. It seems like a heavy-handed approach by the Mouse to try and topple fellow streaming giants Amazon Prime and Netflix, following a Wall Street report that the platform doesn’t contain enough adult-focused content to maintain its rapid growth.

The streaming service will launch on March 24th in several European countries including the U.K, France, and Germany. It will bring with it many highly anticipated movies, original series, animated series, and tonnes of other exciting bits of original content, including the Sebastian Stan and Anthony Mackie led The Falcon and the Winter Soldier, an exciting new entry into the Marvel Cinematic Universe.

Still, it’s pretty great for us hardcore Disney Plus fans to be able to save a whole ten pounds on our access to our favorite Pixar, Star Wars, and Marvel Cinematic Universe content. To say that we’ll save more than a month’s worth of subscription in the year that anticipated gems like The Mandalorian, The Falcon, and the Winter Soldier, and season seven of Star Wars: The Clone Wars.

It almost makes it worth the wait for Disney Plus. Almost.

Are you a Disney fan based in the UK, or anywhere else in Europe? If so, will you be taking Disney Plus up on this generous deal? Do you think it’s a power play to try and tackle the other streaming services? What classic movie, series, or original content you be watching first; The Mandalorian? National Geographic? Or just Toy Story for the seven thousandth time?

Let us know all of your thoughts in the comments below.