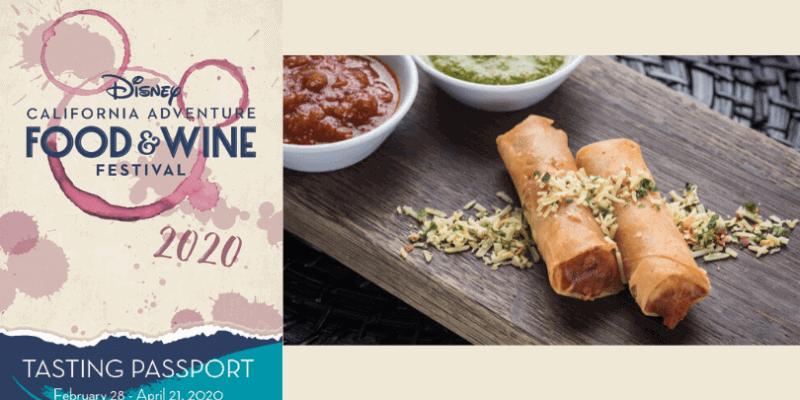 Stop number four at our Food and Wine Festival, California Craft Brews! The Festival Marketplace booth name says it all! These are craft brews from all over, though many are from California. This booth serves up a twist on an American food and drink classic with pizza and beer!
Sip and Savor pass tabs can be saved at this booth as well. The only food item is listed below, and there are no non-alcoholic beverages to use tabs for here. The only item on this Festival Marketplace booth’s menu is a delectable snack!

The Pepperoni Pizza Egg Rolls are filled with Mozzarella Cheese and garnished with Parmesan, Parsley, and Red Pepper Flakes. It is served with two sauces, a marinara sauce and pesto sauce.

Here’s California Craft Brews‘ complete drink list. If you’re looking for non-alcoholic drinks to make, there are definitely options for you like, LeFou’s Brew, which mimics beer!

By the Glass- Bright ~ Refreshing:

By the Glass- Balanced:

By the Glass- Hoppy ~ Robust:

If you want to catch up on our Disney California Adventure Food and Wine Festival inspired recipes, look below!