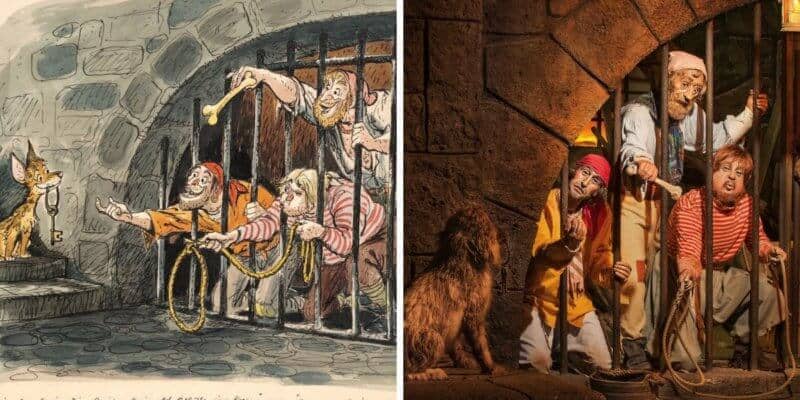 Of course — Mr. Walter Elias Disney is the main man to thank for creating Disney, however, did you know that he was not the only one who left their mark?

Walt Disney was born in Chicago in 1901 and he developed an early interest in drawing. He went on to create the one and only Mickey Mouse and used his imagination to create several animated films including Snow White and the Seven Dwarfs (1937), Pinocchio (1940), Fantasia (1940), Dumbo (1941), and Bambi (1942).

Disney was also the brains behind Disneyland Park, which opened in 1955 — But again, Disney was not the only man to shape Disney History. In fact, three brand new books have just been released, each of which shines a light on three different artists who are known for their work at Disney!

By Don Iwerks and Leonard Maltin

Leonard Maltin, who is a well-known film critic, begins the new book — Walt Disney’s Ultimate Inventor: The Genius of Ub Iwerks —  by stating, “Anyone with even a passing knowledge of animation history knows the name Ub Iwerks. He is the man who almost single-handedly animated Walt Disney’s pioneering sound cartoons…”

Did you know that Iwerks and Walt were actually lifelong friends? The two met in Kansas City when they worked together creating stop-motion animation for commercials in movie theaters. Iwerks actually invented the modified camera, which went on to change the making of Disney movies! The invention also brought realism to attractions at Disneyland Park and saved Disney’s TV animation department.

The Iwerks Family went on to have three different generations of members work for The Walt Disney Company — Don Iwerks, Ub’s son, who wrote this book, Leslie Iwerks and Ub’s granddaughter who is an Oscar and Emmy nominated documentary director and producer behind Disney+’s The Imagineering Story.

Marc Davis in His Own Words: Imagineering the Disney Theme Parks

By Pete Docter and Christopher Merritt

From Snow White to the Haunted Mansion, Marc Davis has been working to help create classics for over 50 years with The Walt Disney Company. David actually started working for the company before they even made a feature film, and has been dedicated to Disney ever since.

Walt actually asked Davis to move from animation to “take a look” at Disneyland attractions, which is where Davis found his new love and passion.

Davis looked at things from a different perspective, which allowed him to bring something unique to the table — humor and emotion to things like wild animals and ghosts. “I have a whole building over there filled with animators,” Walt told Davis’s wife Alice. “But I only have one Renaissance man, and that’s Marc.”

Davis’ book features some rare concept art, sketches, and candid photos of Walt and Marc during behind-the-scenes moments. Disney fans are sure to love this one.

Once Davis retired from The Walt Disney Company, he went on to mentor students at the California Institute of the Arts. Some of the people he mentored include the book’s co-authors, Pete Docter who is a Pixar director and Christopher Merritt who is an Imagineer.

Unfortunately, Davis passed away in 2000 but his legacy will always reside in the Disney Parks.

The Great Crump Presents His Magic: The Art of Rolly Crump

The last and final artist who made his mark on Disney history is legend Rolly Crump. He started working in animation and then was soon recruited by Mr. Walt Disney himself. Crump then moved to Imagineering. Crump is the brain behind the tiki designs at Enchanted Tiki Room and for some of his work over at It’s a Small World.

The book touches on Crump’s lifetime of work — starting all the way back at the beginning.

If you are looking for other articles which discuss some of Disney’s history — Check out these below:

Have you ever heard of these three artists who left their mark on Disney history? Let us know if you will be buying any of these books in the comments below.

Comments Off on Did You Know That These 3 Men Helped To Shape Disney History?