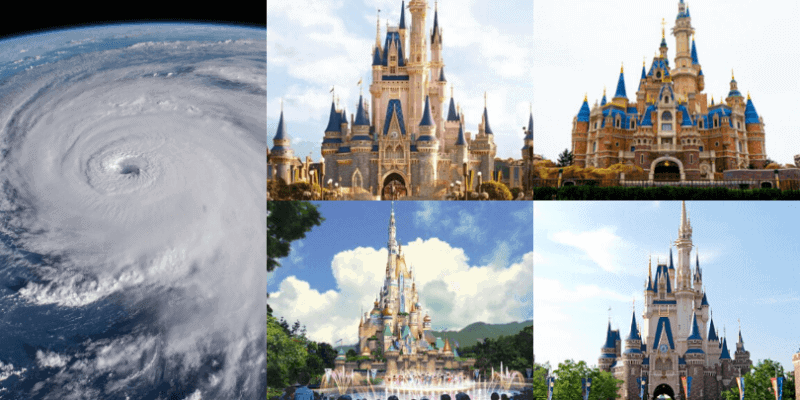 Walt Disney World Resort in Orlando, Florida could be in for a very trying 2020. It currently sits empty as a precautionary measure to help quell the current global pandemic. And while we all hope to see the parks open soon after March 31, Disney World will have its usual trial waiting on the horizon: hurricane season.

But Disney World is not the only Disney resort that is a veteran to annual storm seasons. Tokyo Disney Resort, Shanghai Disney Resort, and Hong Kong Disneyland stand ready for the correlation Typhoon season which produced the same kind of cyclone-shaped storms. All four resorts have had to close to weather those storms, but all four stand ready to face even the toughest of cyclones.

Usually, Disney theme parks handle these storms without worry, and an occasional park closure due to a storm is the source of a dramatic story that’s exciting both to write and to read. But considering how a global pandemic has caused Shanghai Disney Resort and Hong Kong Disneyland to temporarily close since January, Tokyo Disney Resort since late-February, and the Walt Disney World Resort since Mid-March, the question of how Disney Parks could handle even more closures and possible damages due to potentially imminent massive storms bears some discussion and reassurance.

So, let’s get the conversation going, starting with Walt Disney World. 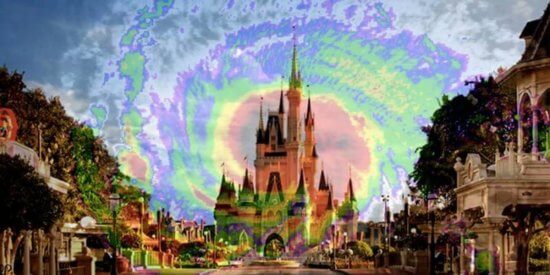 For those of you who don’t live on the Gulf Coast and the South Eastern U.S., Hurricane Season officially begins on June 1 and runs through November 30. A combination of wind, tide, and temperature turns tiny squalls into billowing behemoths that have caused Disney World to close for safety reasons. The forecast for this year’s hurricane season was recently released by AccuWeather, and it is not very reassuring.

While the predictions for 2020’s season are not yet released, Asia’s Typhoon Season extends from as early as May to as late as November, depending on the location. For Hong Kong, the full season lasts from May to November. However, there is a peak season which lasts between July and September. During that time each month has a >50% chance of hosting a typhoon. For Shanghai, the season lasts between June and October. And for Tokyo, the season is from July to October with peak season occurring in August and September.

Now, according to the Japan Meteorological Agency, the past 30 years have shown an average of 25 typhoons forming each season and out of those 25, an average of 11 of those storms approach Japan.

2019: Three Resorts Closed Due to Storms

2019 was a very active year for storms both in the Atlantic and the Pacific Oceans.

While the Walt Disney World Resort resort was not forced to close, Hurricane Dorian took a massive toll on Disney Cruise Line as it wreaked havoc across the Bahamas.

Now, let’s cut through the drama…

While the number of storms is rather unnerving, let’s remember that the time window we can expect these storms is several months. The weather services also include in their numbers storms that build to name-worthy levels but do not come near land. In 2019, despite being an extremely active season, only one hurricane, Dorian, managed to pose some sort of threat to Walt Disney World. The same situation was felt by the other three resorts. Only only one major storm caused each to temporarily close. Four parks, four different storms. The storms subsided and everything returned to normal. 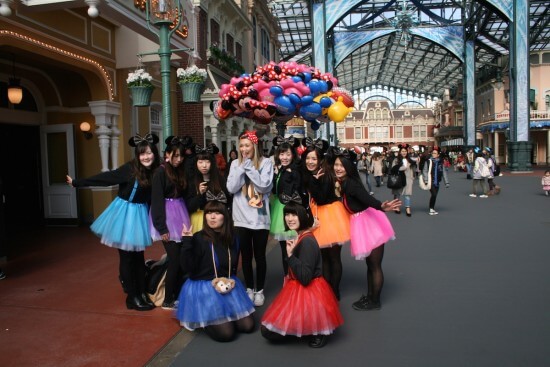 However, it would be naive to think about the financial damage already taken by these theme parks thanks to the global pandemic. The financial cushion usually provided in the first one and a half fiscal quarters of the year that help manage hurricane days is gone. Construction projects begun long before storm season are delayed, possibly left to face the onslaught of a cyclone in a much more vulnerable state.

There is no doubt, though, that Disney Parks & Resorts has taken these variables into account. All things considered, storm closure is just a drop compared to the ocean of this pandemic. If the stars of misfortune align to send a storm to all four resorts, Walt Disney World, Tokyo Disney, Shanghai Disney, and Hong Kong Disneyland will take the double-whammy and remain on their feet.

“What about Disney Cruise Line?”

Now, this is where a double-whammy might make Disney stumble. Under normal circumstances, Disney Cruise Line would not rely entirely on its Bahamian and Caribbean sailings during Hurricane Season. From early Spring to late Summer the award-winning cruise company offers sailings to Alaska and throughout Europe and the Mediterranean.

But these storms are still the exception rather than a guarantee, and there is no doubt that both Disney Parks & Resorts and Disney Cruise Line have taken all potential variables into account. Disney magic is resilient. Through this pandemic and through all kinds of storms, the Castles will still stand tall and proud. Confrontations with storms this year might be more significant financially, but everything will be okay in the end.