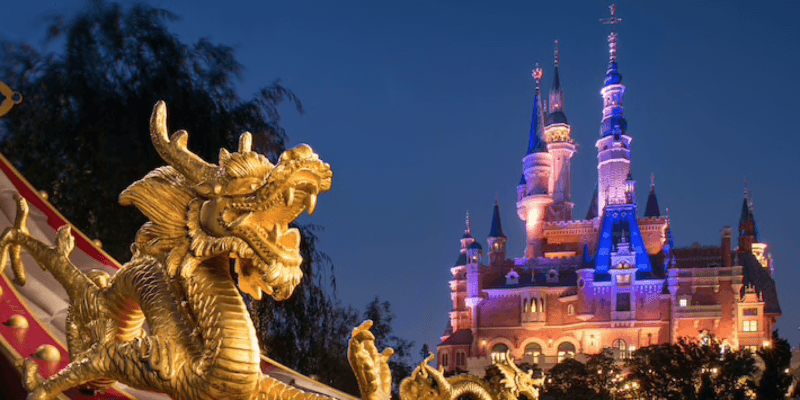 Shanghai Disney Resort, including Shanghai Disneyland, was closed today (Saturday) after the effects of a typhoon that hit the city. This is the first closure the Disney Park has experienced since it opened in June 2016.

Typhoon Lekima made landfall today in Wenling, between Taiwan and Shanghai. Forecasts said the storm would hit as a “super typhoon,” but it weakened just before landfall, with sustained winds of 116 miles per hour. Hong Kong Disneyland had to close in July because of a typhoon as well.

Over 3,000 flights into and out of Shanghai were canceled, meaning that Disney fans who’d planned to arrive in Shanghai today were disappointed. There’s no way to know how many family trips to Shanghai Disney Resort were affected by the storm and flight cancellations.

Disney offered recourse to Guests who had purchased tickets for Shanghai Disneyland for today. Because of the park’s closure, Disney is offering admission to those Guests tomorrow or any day within the next six months, or by February 10, 2020.

Guests who had purchased tickets for the Beauty and the Beast Mandarin production today can contact Disney to choose another day to enjoy the musical or to request a refund of the purchase price. If they purchased their tickets through another channel, Disney encourages them to make contact to reschedule or ask for a refund.

Sadly, the typhoon claimed the lives of more than 20 people. Over 1 million people were evacuated from the path of the typhoon, including over 250,000 people in the city of Shanghai. More than 200 homes were completely destroyed and another 3,200 homes were damaged by the typhoon’s high winds and heavy rainfall.

Shanghai Disney Resort will be open tomorrow. For information about closures and other news at the resort, please visit www.shanghaidisneyresort.com.