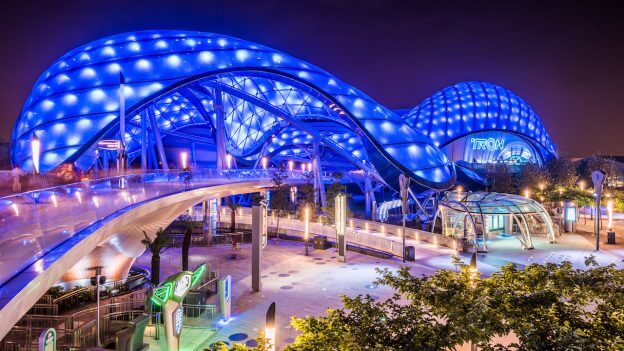 Shanghai Disneyland is known for its incredible attractions, including the futuristic TRON Lightcycle Power Run and its under-the-sea adventure of Pirates of the Caribbean Battle for the Sunken Treasure. However, it’s also has a rule not found in the American parks – no outside food, which has prompted a lawsuit from one park guest.

Xiao Wang is a Chinese college student who currently attends the East China University of Political Science and Law and recently, he’s become a hero online. Why you might ask? Because Wang has filed a lawsuit against Shanghai Disneyland in a Pudong court to battle its no outside food rule.

According to Shanghai List, Wang believes that the only purpose of this rule is to put extra money in the park’s pocket. And ultimately, it violates the legitimate rights and interests of consumers.

The rule of no food from outside of the theme park was first enacted back in November 2017. This was when the company banned “food, alcoholic beverages, and non-alcoholic beverages with volume larger than 600 ml.”

The park stated that the reason for the rule was to keep Shanghai Disneyland consistent with the other Disney theme parks found throughout Asia. Both Tokyo and Hong Kong Disneyland forbid guests from bringing in food from outside. Although, if you’re from the states, you probably know that all the U.S. Disney Parks and Disneyland Paris allow guests to have outside food in the parks.

Wang decided to sue the park after encountering the rule head-on earlier this year on his own visit to Shanghai Disneyland. Upon entering the park, Wang’s bag was checked, which contained food.

The staff then proceeded to give him the option to throw the food away, eat it at a small table near the park’s entrance or put it in a locker he’d have to pay for.

As we all know, the Disney Parks can be pricey when it comes to not only snacks and treats, but also their quick-service restaurants. Walt Disney World and Disneyland Resort have always allowed guests the ability to bring in their own food, which has been a life-saver for some families who are able to take on the expense of a trip to the parks, but could also use affordable alternatives.

Because the Asian Disney Parks will only allow guests to eat in the parks if its food they’ve prepared, it does make it hard for those who are trying to save while also take on the experience of the magical land.

What are your thoughts on Shanghai Disneyland’s rule of not allowing park guests to bring food from outside the park inside? Let us know in the comments below!