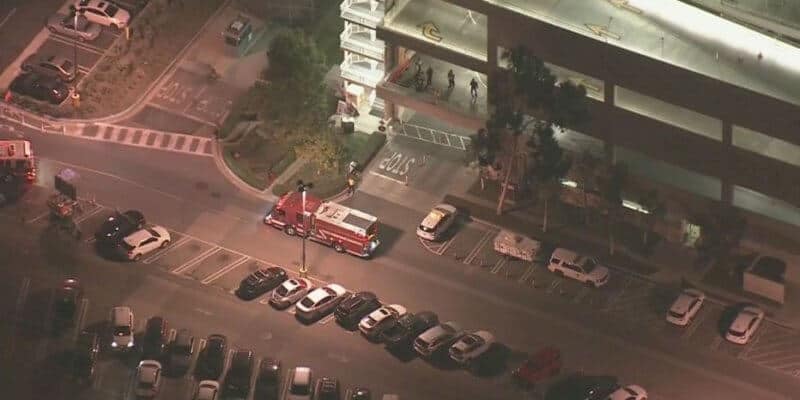 According to Fox 11 Los Angeles, a car caught fire around 8pm local time in the Mickey and Friends parking structure located at Disneyland Resort.

Emergency crews responded almost immediately to the Disneyland parking structure. They controlled the fire and extinguished the flames. It looks as though it was only one vehicle involved in the fire.

The Orange Country Register reported that the Anaheim Fire & Rescue spokesman Shane Carringer stated the fire began at approximately 8:10pm and the car was parked in the Mickey and Friends parking structure, located on Disneyland Drive. Carringer also said that the fire started under the hood of the vehicle, and may have been electrical.

Firefighters managed to quickly extinguish the flames, and no injuries or additional property damage were reported, Carringer said.

At this time, no one is reported to be hurt or injured and the cause of the fire is currently under investigation.

Back in May 2019, we reported a cast member bus, which was in transit at the Walt Disney World Resort, caught fire. The bus fire left employees on the side of the road while firefighters worked quickly and efficiently to put out the flames.

You can read more about this incident here.

And just a few days ago, we reported that a third-party charter bus had caught fire at Walt Disney World Resort. On February 16, 2020, the charter bus at the Transportation and Ticket Center located in Walt Disney World Resort had caught fire and was reportedly blowing smoke while it was parked. The fire was controlled and extinguished almost immediately.

You can continue to read more about the charter bus fire here.

We are happy to hear no one was injured or hurt in the Disneyland car fire incident. Inside the Magic will keep you updated on this incident as this developing story.