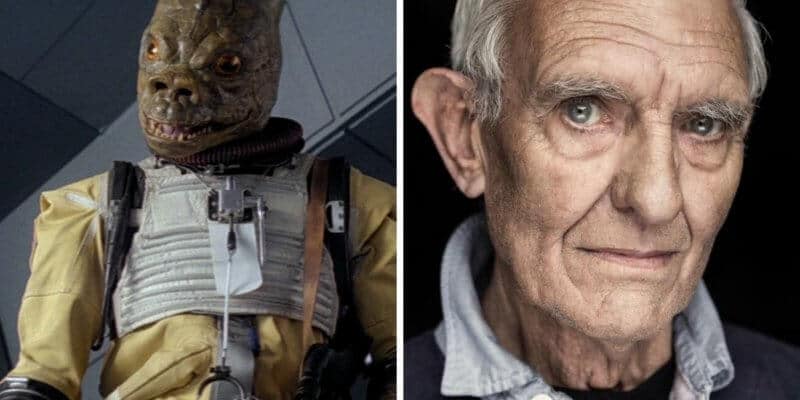 We are sad to report the passing of actor Alan Harris.

The Star Wars actor had struggled with health issues for quite a few years now. He passed away at the age of 81.

Harris is known for playing numerous roles in the Star Wars saga, including appearing in all three original Star Wars film, which is extremely rare. One of his most famous roles was portraying Bossk in Star Wars: The Empire Strikes Back.

The actor first appeared in the Star Wars saga in Star Wars: A New Hope, where he portrayed a member of Princess Leia’s Rebel escort. Harris also played a mechanic and a stormtrooper in the film.

In The Empire Strikes Back, the actor portrayed the iconic Bossk, but this wasn’t his only role in this film. Harris also played the role of a Bespin Wing Guard member, a Rebel trooper on Hoth, and a stormtrooper.

But what a lot of people may not know is that Harris was involved with a lot of the behind-the-scenes with The Empire Strikes Back. For example, they used his body as a mold to create Han Solo frozen in carbonite. They also used Harris’ body to mold the Boba Fett costume, even though he did not wear it in the film (actor Jeremy Bulloch did).

Harris did not portray Bossk in Return of the Jedi though, but he was still part of the film! Harris played C-3PO’s stand-in as well as a stormtrooper.

And during Star Wars: The Phantom Menace, Harris returned to the saga as he portrayed a stand-in for Terence Stamp. Stamp played Supreme Chancellor Finis Valorum.

When he wasn’t playing a role on screen, many people would be able to find him at conventions and comic cons as he loved to meet with fans. Harris also loved sharing some fun, behind-the-scenes information from his time with the Star Wars saga.

Very sad news has just come in that Alan Harris sadly passed away this morning. Alan was a true gent and a fan…

Everyone here at Inside the Magic is sending their thoughts and prayers to Harris’ family and friends.

Comments Off on “Star Wars” Actor, Alan Harris, Has Passed Away At The Age Of 81