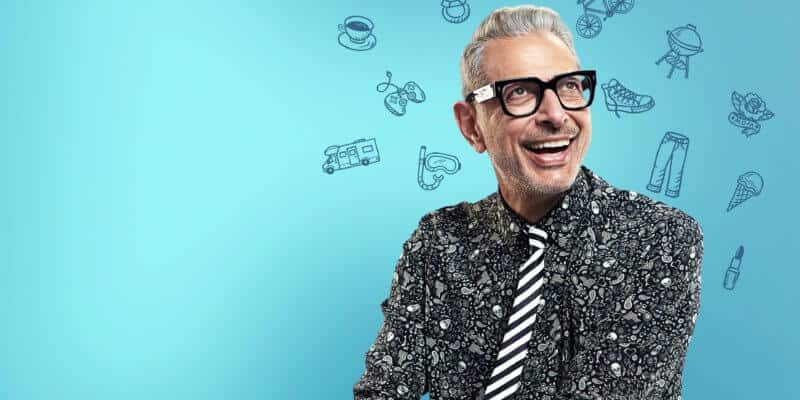 The weird and wonderful Jeff Goldblum has taken the world by storm over the last few years and we’ve seen a bit of a Jeffnaissance from the actor in recent times. Having hit Disney+ last year on the launch of the streaming platform, The World According to Jeff Goldblum has clearly gone down well with fans as Disney has just issued a second series.

Courteney Monroe, president of National Geographic Television Networks had this to say on the series renewal:

Jeff’s genuine curiosity in the world makes him a natural fit for the National Geographic brand. There is something special and intangible about Jeff and his fascination with the world is infectious. We’re thrilled to be able to share his humor and sensibilities to a broader audience on Disney+.

It looks like Disney has given Jeff another 10 episodes so take us to new weird and wonderful places and discuss topics that interest the man himself.

I was incredibly dubious going into season one, after all, how could an entire episode dedicated to jeans or sneakers actually be interesting? It turns out, Jeff Goldblum can make absolutely anything interesting and I’m genuinely excited to see what comes next from this show.

If you’re yet to watch this show yet, season one has just concluded and you can sit and watch the entire show in one sitting. Here’s a taste of what to expect:

The topics covered in season one include tattoos, ice-cream, BBQ, gaming, coffee, and RVs, there really is something for everyone and the best part about it, you don’t have to watch the season in any order! While Disney+ plays catch-up with the likes of Amazon Prime and Netflix, it’s great to see more of its original programming get renewed after The Mandalorian and High School Musical: The Musical: The Series (yeah, we still aren’t sure on the name either).

Are you excited about seeing the return of Jeff Goldblum on Disney+? Let us know in the comments below!