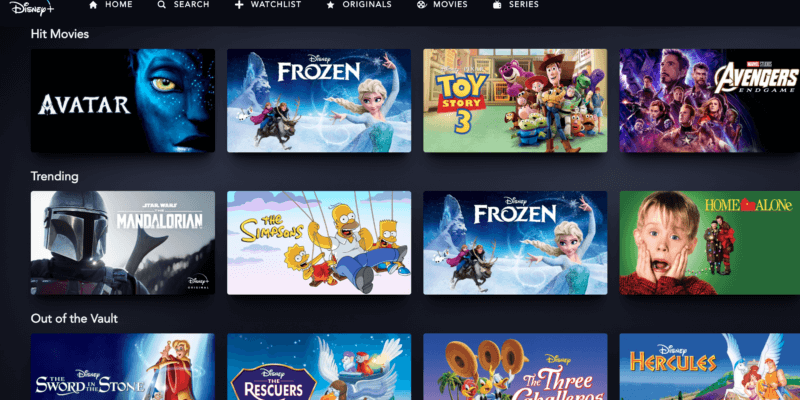 Since Disney’s new streaming service officially made its launch in the United States on November 12, Disney+ has had at least 10 million sign-ups, and is expected to reach 20 million by the end of the year.

Disney+ has an entire library full of content that subscribers have been binging ever since it was made available, which included more than 500 movies and 7,500 TV episodes at launch.

From Star Wars content like Star Wars: A New Hope, Star Wars: The Empire Strikes Back, and Star Wars: Return of the Jedi to Marvel content like Avengers: Endgame, Captain Marvel, and Iron Man 3 to Pixar content such as Up, The Incredibles, and Coco, the library is filled with films from over the years.

The Disney+ content library also includes Disney Channel Originals such as Lizzie McGuire, That’s So Raven, and High School Musical as well as Disney+ Original content that you can’t stream anywhere else like The Mandalorian, Marvel Hero Project, Encore, and The World According to Jeff Goldblum.

So with all of this content to choose from, what do Disney+ subscribers stream most? Well, according to a recent survey Hollywood Reporter, subscribers are saying they are enjoying the library of vault classics like The Lion King and Mary Poppins.

About 22% of Disney+ subscribers (of all age groups) say they watch Disney Classics the most on the platform, with Star Wars content coming in second at 21% and Marvel content in third at 15%.

The rest of the results were as follows:

If you are not yet subscribed to Disney’s new streaming service, Disney+, you can sign up here.

What do you stream most of while watching Disney+? Let us know in the comments below.

Comments Off on What Do Disney+ Users Watch Most? The Answer May Surprise You!