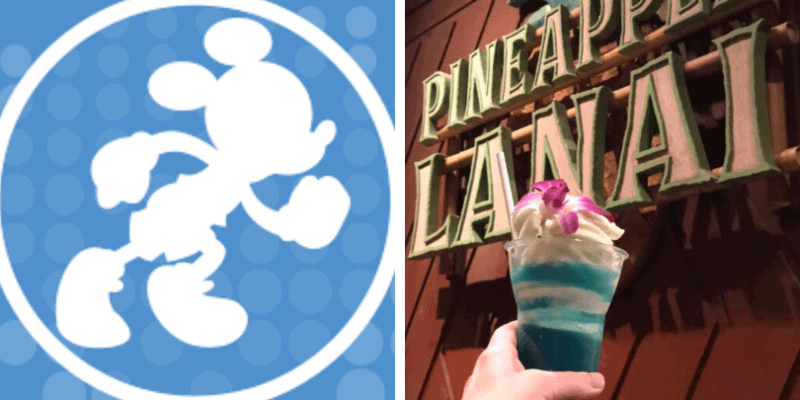 Whether you run any of the Disney races or not, you can find the Blue Hawaiian Dole Whip Float at the Pineapple Lanai. The virgin float costs $5.99, while the alcoholic float costs $12.

This special tropical treat features lime soft-serve ice cream with a secret concoction of tropical juices that we suspect includes pineapple juice and some blue curaçao to create the soothing blue-green aesthetic. It’s topped with blue raspberry pop rocks and an edible hibiscus flower. The alcoholic version adds a shot of coconut rum on top.

As the sign at the stand says, “You’ve earned it!”

“How long is the Blue Hawaiian Dole Whip Float Available?”

However, there’s reason to hope otherwise. If Disney turned the Moana-themed Kakamora Dole Whip Float from being a Mickey’s Very Merry Christmas Party Exclusive to a regular option at Adventureland’s Sunshine Tree Terrace, it’s not crazy to think they would do the same for Blue Hawaiian at some point.

The Blue Hawaiian is just the latest of unique Dole Whip variations to hit Walt Disney World. It follows new favorites like the Kakamora Dole Whip, the “I Lava You” Dole Whip, and the now-discontinued Redd’s Revenge Dole Whip. Disney has even released a Pumpkin Spice Dole Whip and other Halloween-inspired creations.

But, no matter how crazy they get, you can still find the classic original: Your Choice of Vanilla, Dole Pineapple, or mixed soft serve ice cream sitting in a cup of Dole pineapple juice.

Are you running a race at Disney this weekend? Have you tried the Blue Hawaiian Dole Whip? What’s your favorite kind of Dole Whip? Let us know in the comments!