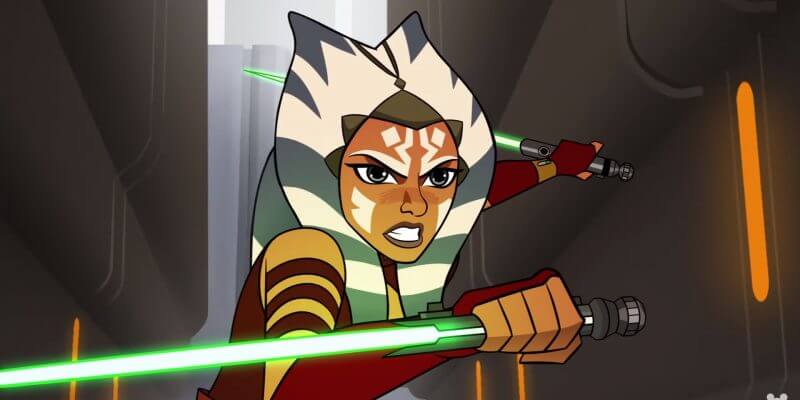 It’s safe to say that over the years Ahsoka Tano has become one of the most beloved characters of the Star Wars franchise. Since first appearing in the animated show, The Clone Wars she has also appeared in Star Wars Rebels and had a brief audio appearance in the last movie, The Rise of Skywalker. Her popularity isn’t dwindling anytime soon, and it’s likely only a matter of time before we see a live-action version of the fan-favorite.

There have been numerous fans crying out for Rosario Dawson to play the role if a live-action version of the character exists, with many fans thinking a future season of The Mandalorian is the best time for Ahsoka to make an appearance.

Even Rosario Dawson herself is onboard:

Given the timeline of The Mandalorian, it would put Ahsoka in her 40s, matching perfectly with the actor. That being said, it isn’t Star Wars fandom without disagreement and there are equally as many fans calling for the voice behind the character, Ashley Eckstein, to take on the role.

I have to admit, I would be all for Ashley taking on the character in a live-action version, she’s no stranger to acting and it would just feel off not to hear her iconic voice when seeing the character on-screen. Ashley is also almost 40 so it’s again more than plausible to see her in the role during the events of The Mandalorian.

She even cosplayed as the character a few years ago for CNN and I think you’ll agree, she nailed it:

All of this is hopeful anyway, Disney hasn’t even hinted at a live-action rendition of the character coming to any movie or show anytime soon. Enough fans seem to be getting behind the idea, and that can only be a good thing…right?

Who would you like to see step into the live-action role of Ahsoka Tano? Let us know in the comments below!