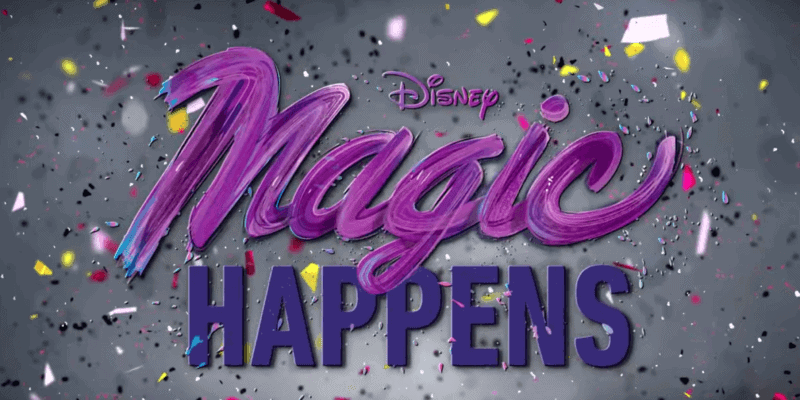 Ever since this announcement, we have been counting down the days until Magic Happens makes its debut in Disneyland Park. On February 28, Magic Happens will stroll down Main Street U.S.A. in Magic Kingdom Park and Disney has just given us a sneak peek!

Disney guests will be able to visit friends from Disney classics such as Moana and Sleeping Beauty, all lead by the one and only Mickey Mouse. This is the perfect mix of classic and new stories, making it perfect for every generation.

Magic Happens celebrates moments of magic from both Disney Classics and Pixar stories, all of which will be brought to life with stunning floats, beautiful costumes and imaginative music co-composed by singer-songwriter Todrick Hall.

This brand new image was brought to us by Disney Parks Blog and it shows the iconic moment when Cinderella’s pumpkin is magically transformed into a beautiful carriage.

The Sword in the Stone Float

The Sword in the Stone will have its own float, which will feature Merlin as he leads the way for Arthur.

The Princess and The Frog Float

Clear the way for one of the most beloved Disney couples — Tiana and Naveen from The Princess and the Frog! The two are featured on a float filled with golden flowers.

Find out more about the upcoming Magic Happens parade in the clip below.

If you want to visit Disneyland Resort on your next family vacation to experience the new Magic Happens parade, but aren’t sure where to begin planning, then don’t hesitate to reach out to our friends over at the Authorized Disney Vacation Planners at Academy Travel for a free quote.

They will help you plan every aspect of your Disney vacation from booking your resort to helping book dining reservations, even offering tips and tricks so you and your loved ones don’t miss out on any of the Disney magic while visiting the parks!

Are you excited to see the new Magic Happens parade? Let us know in the comments.