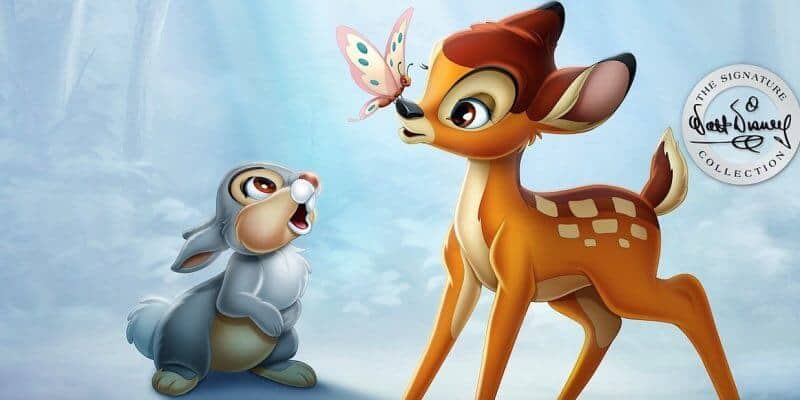 Live-action Disney remakes are not going anywhere! It was just confirmed today that Disney is planning a live-action Bambi movie. Here’s what we know so far.

Variety reported on Friday that Disney is, in fact, planning to make a live-action version of the original 1942 animated classic Bambi. But our suspicions indicate that the film will be a lot like The Lion King and Jungle Book remakes we’ve seen over the past few years: mostly CGI with incredibly realistic (but still fake) animals. And we’re correct: while it’s easy to call the film a “live-action remake,” it will indeed use the photorealistic CGI technology that was employed in Jon Favreau’s The Lion King, which hit theaters in summer 2019.

If you’re unfamiliar with Disney’s original animated feature Bambi, below is the synopsis:

n this Disney classic a young deer named Bambi joins his new friends, a rabbit named Thumper and a skunk named Flower, in exploring his forest home. As a boy, he learns from his doting mother and his father, The Great Prince of the Forest, that there are dangers in the open meadows where hunters can spot the animals, and he meets a beautiful young doe named Faline. As Bambi grows up, he learns that there is tragedy as well as beauty and joy in his forest world and on the path to adulthood.

We also have confirmation on who will be working on the new film for Disney. Screenwriters Geneva Robertson-Dworet (Captain Marvel) and Lindsey Beer (Sierra Burgess Is a Loser) will write the screenplay. Chris and Paul Weitz’s Depth of Field will produce.

While it’s not surprising that Disney is working on another remake, Bambi might catch audiences off guard. The original animated film, while a classic with some heartwarming scenes, is a pretty sad movie. It follows a young deer as he deals with loss, grief, and having to grow up amid the juxtaposition of beauty and violence in nature. But just as Disney remade Dumbo in hopes of breathing new life into a classic story, the studios will likely attempt to give Bambi a breath of fresh air and possibly a new meaning, as well.

So far, we don’t know when production is set to begin on the new version of Bambi, nor do we have a release date for when it will hit theaters. But we’ll be sure to update Inside the Magic with all the latest news on the film as soon as more information becomes available.

Are you tired of Disney’s live-action remakes, or will you welcome the new CGI version of  Bambi with an open mind? Let us know your take in the comments.