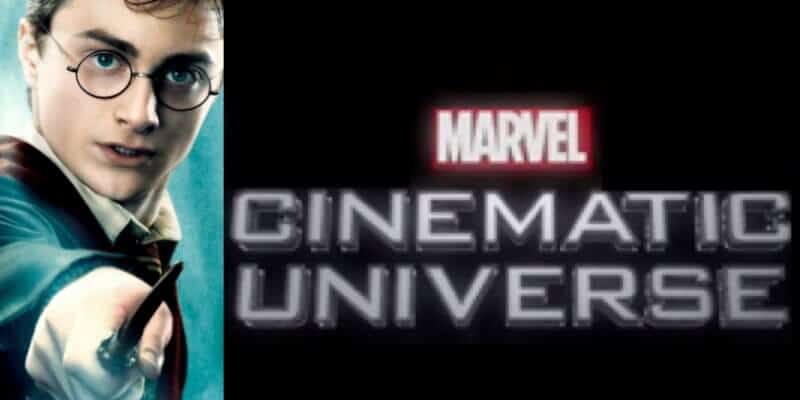 The Harry Potter franchise has been an inspiration to so many fans around the world. But did you know that the Marvel Cinematic Universe drew inspiration from the franchise as well?

Kevin Feige, Marvel Studios president and CEO, recently shared that after watching all 8 Harry Potter films, he took inspiration from the films for the development of the Marvel Cinematic Universe.

During a speaking engagement at the New York Film Academy, Feige shared that after watching the entire Harry Potter film franchise, even though he had never read any of the books, he was able to follow along with the storyline and character arcs. He wanted that same effortless viewer experience for his MCU films.

“I always default to my experience watching ‘Harry Potter’ movies,” Feige said. “I went to see every Harry Potter movie opening weekend. I saw it and I enjoyed it and then I forgot all about it and didn’t think about it again until the next ‘Harry Potter’ movie came out. And those movies were so well-made because I could follow it all. I could follow it, I could track it, occasionally I have to go, ‘Who was that?’ but for the most part, I could totally track it.”

Feige understands the fandom well, noting the consideration to small details like Easter eggs and carefully incorporating them into the films. However, he wanted to make sure they also didn’t get in the way of the more leisurely moviegoer. Something that the Potter franchise pulled off flawlessly.

\”If an Easter egg or a reference or something is so prevalent that it gets in the way of the story you’re telling so that people who aren’t aware of it go, ‘What is this? What’s happening?’ then we usually pull back on it,” he added.

The MCU films have had incredible success, so clearly Feige’s approach accomplished what he set out to do. Granted, the MCU success hasn’t been met without criticism.

Director Martin Scorsese has been very vocal about his disapproval of the franchise. Among other celebrities who have balked at the lack of “good roles” available, blaming it on these action-packed films.

But Feige brings perspective to the criticism. “Maybe it’s easy to dismiss VFX [visual effects] or flying people or spaceships or billion-dollar grosses,” he said. “I think it is easy to say that you have already been awarded in a certain way… [Alfred] Hitchcock never won [the Best Director Oscar], so it’s very nice [getting an award], but it doesn’t mean everything,” Feige added. “I would much rather be in a room full of engaged fans.”

We love that our beloved wizard played a part in the creation of the Marvel Cinematic Universe!  Did you know about Feige’s Potterhead status? Let us know in the comments!