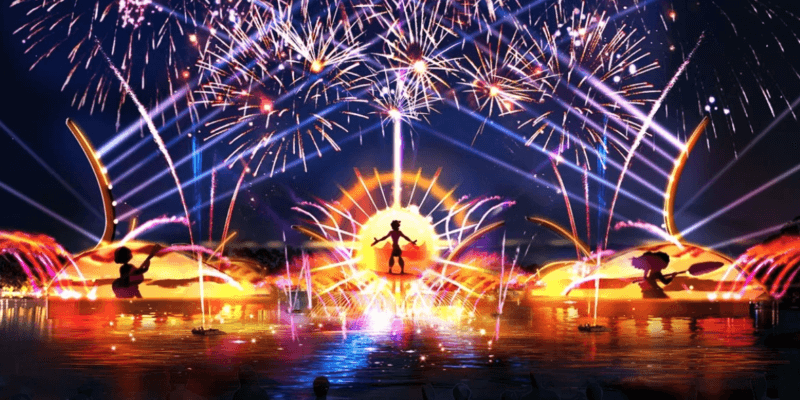 Disney fans can look forward to a great 2020, especially since Epcot’s new nighttime spectacular show, HarmoniouUS, will make its debut at the theme park this spring!

HarmoniouUS is going to be packed full of entertainment, highlighting Disney films such as Beauty and the Beast as well as some of Epcot’s countries like Canada, China and of course, planet Earth.

Let’s take a look at everything we know so far about the new nighttime spectacular.

The new HarmonioUS nighttime spectacular will debut in spring of 2020, after the limited run of Epcot Forever.

“It’s going to be quite a big wow,” says Epcot general manager Melissa Valiquette. “It’s going to be a showstopper.”The new HarmonioUS nighttime spectacular will debut in 2020 following the limited run of  Epcot Forever.

“When you think about the Epcot World Showcase and the World Showcase Lagoon, it really has to be the largest spectacular we’ve ever created because we’ve got such a beautiful grand venue for it,” Valiquette said.

Related: Disney Reveals When Epic Fireworks Show is Coming to Epcot in 2020

Walt Disney Imagineering executive producer Michael Hundgen also weighed in on the subject manner saying “Think of it as the latest toolkit with the latest and greatest pyro, projections, fountains and lasers. We’re bringing it to that show. It’s sort of all the bells and whistles.”

“We have custom LED screens that we’ll be utilizing for HarmonioUS,” Chase says. “We’ll also be bringing back choreographed fountains that will help tell the story. And we’ll have lasers, lighting and, of course, pyrotechnics,” Disney parks live entertainment producer Jeremy Chase stated.

HarmonioUS Around The Globe

HarmonioUS is going to tell the story of Disney music and how it has inspired people from all around the world.

“The overall premise is really how music brings people together,” Chase said. “How Disney music brings the world together.”

Disney guests will enjoy a diverse group of musicians from all around the globe as they reinterpret and reimagine some of the most classic Disney songs.

Disney fans can agree, there are some big expectations for HarmonioUS as it has some pretty big shoes to fill. The fan-favorite show, Illuminations, just finished its 20 year run on the World Showcase Lagoon, which was on display from 1999 to 2019.

Are you excited to see HarmonioUS make its debut in spring 2020? Let us know in the comments.