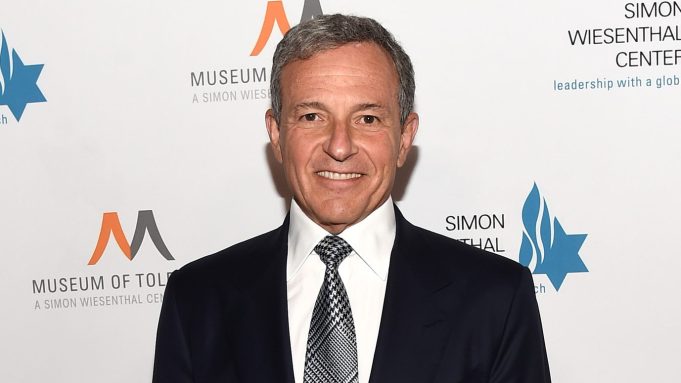 Bob Iger is a busy man.

He is the one man at the top of all of this:

That includes 200,000 employees, 12 theme parks, and a fleet of restaurants, hotels, and networks. Yet, this man was able to captain his corporate ship and maintain a course that has grown its market capitalization by over $200 billion since he took over in 2005.

Iger earned a spot in the TIME’s 2019 Top 100 most influential people in the world, he was named TIME’s Businessperson of the Year, and he has even considered running for president.

In a conversation with Oprah Winfrey, Bob Iger shared his secrets to staying organized in his position. He broke down his method into five points.

1. It all starts with a great team.

“A company this size with this many businesses and this much complexity — you can’t possibly do it all yourself. Not one person could do that.” –Bob Iger

While it can be extremely difficult to delegate, it can be even more difficult to find a team you trust enough to feel comfortable delegating tasks. Once Iger found his team, he divided the tasks of his role into the remaining four different points.

2. Understand and Communicate Your Priorities.

“One thing I know helps them a lot is that I tell them what my priorities are and what I expect of them and of the company. That gives them the ability to go off and operate with a little bit more of a road map of what’s expected.” –Bob Iger

Making priorities is essential to staying organized, and communicating those priorities to your team is equally as crucial. On top of the usual CEO “Must Do’s” like board meetings and earnings calls, Iger also insists on meeting with his close team of 10 people at least once a week. Preferably, face-to-face. This ensures that all priorities are understood, and the lines of communication remain in pristine condition.

“There are some things I have to get involved with because of their sheer size. Mostly, the level of investment, the statement it might make or the responsibility associated with a big initiative.” –Bob Iger

Since he became CEO in 2005, Bob Iger has made several big decisions. Those include investment decisions such as the acquisitions of Pixar, Lucasfilm, Marvel, and 21st Century Fox (~$86 billion total), to more ethical decisions such as backing Marvel’s first predominantly black cast in Black Panther. Of course, one needs to understand the business and social sides of every decision. No matter how much a decision may bend to social pressures or financial gain, the overall well-being of the corporation must come first.

“If I really think by putting my touch on something I can make it better or extort people who are making it to be better, I do that.” –Bob Iger

In his 45 year career, Bob Iger moved up the ranks of ABC to become the CEO of the Walt Disney Company. His experience in both creative and business positions has allowed him to become multi-faceted and understand in which niches of the company he can make that extra difference. For example, he provided hands-on assistance to big projects like Star Wars, taking part in script reading, reviewing the final cut of the film, and providing his input.

You are the boss. It’s your company now. You should know it and yourself well enough to understand where you can make that extra difference yourself and which areas you should let alone.

“I have the ability to decide, occasionally, what’s going to be fun for me.” –Bob Iger

Through his tenure as CEO, Iger has continued to grow and learn how to do his job. But only recently has the business mogul discovered that he should find ways he can have fun. If you understand yourself and you understand your business, you will be able to decipher which tasks are going to be fun for you. Take it straight from Disney’s CEO: It’s okay to have fun on the job once in a while.

You can learn more about Bob Iger’s business journey and his managerial strategies in his autobiography, The Ride of a Lifetime, which is on sale now.

What are your biggest takeaways from Bob Iger’s leadership strategies? Which do you think people forget most? Let us know in the comments!

Comments Off on “How Does He Do it?” Disney CEO Bob Iger Shares Organization Tips