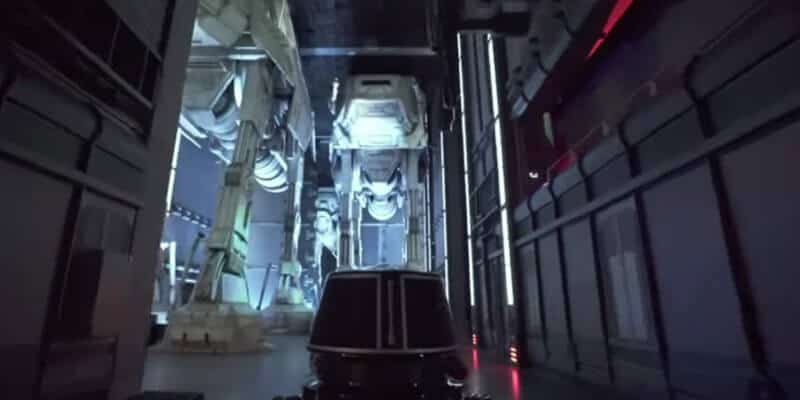 Star Wars: Rise of the Resistance — the flagship attraction for Star Wars: Galaxy’s Edge — just opened today at Disney’s Hollywood Studios. The attraction opened to a huge turnout of crowds, has experienced breakdowns throughout the day, and is even requiring guests to join a virtual queue in order to experience it.

But just hours into the opening of Rise of the Resistance, Disney has stopped letting guests join the virtual queue for the attraction — the demand is just that high.

As soon as the attraction opened this morning, guests were told to log onto the official Walt Disney World app — My Disney Experience — and join a virtual queue called a boarding group, the same system that was in place to enter the land at Disney’s Hollywood Studios and Disneyland. That system is still able to be used when it comes to entering the Star Wars-themed land, but for some time now the land status has remained “open” on both coasts.

As soon as guests joined their boarding groups in the My Disney Experience app, they were assigned a boarding group number. They would be notified when their boarding group would be able to ride the new attraction, and they could ask Cast Members for an estimated wait time. In the meantime, guests were welcome to experience everything else in Star Wars: Galaxy’s Edge and throughout Disney’s Hollywood Studios.

Just a few hours into the grand opening of the attraction, the number of assigned boarding groups had steadily increased, and guests were told by Cast Members and the My Disney Experience App that the wait to ride the attraction was already into the evening. And now, Disney has stopped assigning boarding groups altogether — it looks like the demand to ride Star Wars: Rise of the Resistance is so high that it cannot accommodate any more guests for the day. Or at least, that’s the message that’s being communicated at this time.

If you take a look at the screenshot from the My Disney Experience App above, you will see that the current land status is “open,” but the option to “Join Boarding Group” is grayed out, meaning you are unable to select it.

“We are not assigning new boarding groups for the attraction, Star Wars: Rise of the Resistance, at this time. If you have already joined a group, you will be sent a push notification when it’s time to return, or check status below. You can access the land and enjoy Millennium Falcon: Smugglers Run without having to join a boarding group.”

There’s a chance that more boarding groups will be assigned later today, in which case we will update this post. One thing’s definitely for sure: guests are very excited for this attraction, and despite some hiccups, they’re not disappointed.

Are you planning to book a trip to Walt Disney World so you can ride Star Wars: Rise of the Resistance? Did you ride the attraction today? Share your thoughts with us!