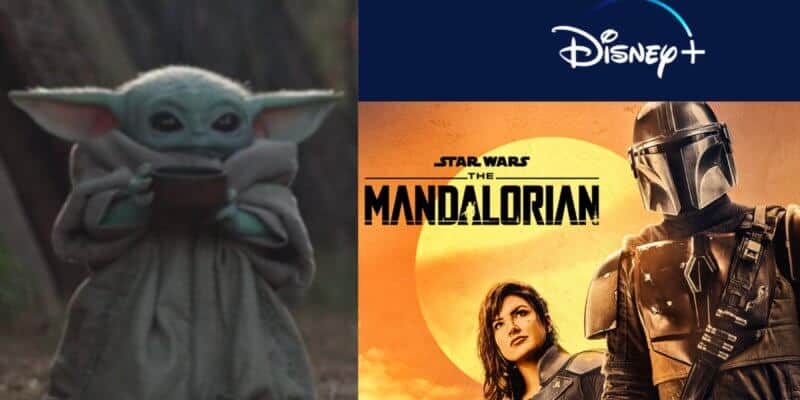 Master Yoda knows. “Not only for Marvel, end credit scenes are.” End credit scenes are the true fan’s easter eggs that keep us sitting on the movie theater chair until the lights get turned back on. Sure, we get to see all the popcorn strewn all over the floor as we walk out of the theater. But is it worth it? YES!

Staying to watch the end credit scene after a movie is like a mega-fan’s rite of passage. If you know enough to know there are end credits, bonus points to your fandom. Now, Marvel has trained us well and even casual Marvel movie watchers know to stay through the end. But it appears other Disney projects have jumped on the end-credit scene bandwagon.

Disney’s Frozen 2  surprised viewers with an adorable end credit scene that many missed. Bonus points if you knew about it. And even more mega-fan points to those who didn’t and went back to watch the movie again to see it!

Well, another Disney project decided an end credit scene needed to happen. What show, prey tell? The one and only, Disney+ breakaway hit, The Mandalorian. Cue the Baby Yoda memes and all our heart eye emojis.

Yes! The Mandalorian just dropped Chapter (Episode) 6 this past Friday. However, Disney+ sent out a mass email to let viewers know that they were going to drop Chapter 7 two days early. Also in the email, some additional exciting details. Notice the caption on this screenshot we got:

“Stream the newest Episode of The Mandalorian two days early. You’ll definitely want to watch through the credits…”

TWO surprises! The episode is dropping early AND we’re getting an end credit scene!

But wait… there’s more! Apparently, there is another surprise in this upcoming episode of The Mandalorian:

“After Wednesday’s episode of The Mandalorian, get an exclusive look at Star Wars: The Rise of Skywalker (in theaters Dec. 20!)”

With all the hoopla of The Mandalorian potentially having some Star Wars: Rise of Skywalker spoilers, you better believe we’re watching! Will you?

Let us know in the comments if you’ll be tuning in as soon as Episode 7 of The Mandalorian drops. Also, if you know of any other Disney+ end credit scenes we need to know about, don’t hold back! We want to be in the know. No worse feeling than leaving the theater and then finding out you missed out on an end credit scene. Not that we would know. Just ask those poor unfortunate frozen souls.

Comments Off on Not only for Marvel, End Credit Scenes Are