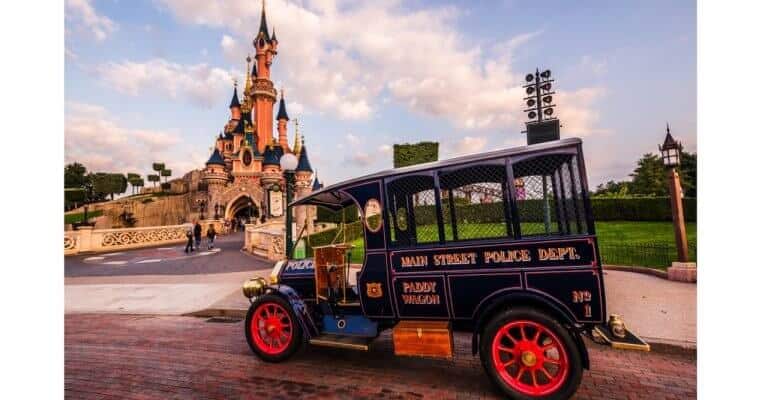 “You’re not going to Disneyland.”

These are words no kid wants to hear, and no parent wants to say. But for several European families, it has become a sad reality as a French Strike causes mass delays and cancelations for train and air services.

The Isle of Wright County Press covered the story of families trying to make their surprise trips to Disneyland Paris. One family chose to fly.

A father was quoted saying, “It was a surprise for my eldest daughter, who is eight next week. She is absolutely heartbroken…We should have arrived at Paris 9:30 am local time, we will arrive in Paris now at 5 pm local time. We have been at the airport at 4 am… We had no idea of the strike, we’ve received no emails off our airline Flybe nor the travel agent Hays Travel.”

This father is not the only parent forced to deliver disappointing news. Another mother is in the same boat. She stated, “It’s a nightmare, I booked with Hays Travel for my daughter’s birthday and now we have to fly to Southampton and then connect to Paris from there, we are losing a day in Disneyland Paris. We booked this as a surprise, she’s in floods of tears.”

Both Flybe and Hays Travel released statements in response to the Strike.

“We continue to send alerts to all passengers whose flights have been cancelled as a result of this strike action and for whom we have the relevant contact details. We also advise our customers to continue to check our live flight information for the latest updates. Flybe will, as always, do everything possible to minimise the disruption resulting from this industrial action. We would however sincerely apologise to our customers whose flights are still operating but have been delayed because French airports have placed restrictions on the number of flights movements per hour they are able to safely accommodate.”

“In the case of the French strikes, we have not been contacted by the airlines or given any advice to pass on to customers. However our customers who are concerned are contacting us, and we are helping where we can to re-book and make new arrangements.”

Disneyland Paris has not yet released a statement regarding the protests and refunds for missed days in the parks.

More on the French Transportation Situation

Obviously, this is a major issue for any person traveling to, from, or around France.

AirFrance is expected to cancel 30% of its domestic flights. Ryanair, British Airways, and EasyJet are also reporting several cancellations.

Eurostar, the high-speed train that connects London to Paris via The Chunnel, reported that they are completely booked between today, December 5, and Tuesday, December 10. The rail line reported having to cancel nearly 100 services between now and then. The strikes have also greatly affected the Paris metro system.

Why is there another Strike in France?

If there’s one thing the French people can be counted on these days, it’s to throw a wild protest which causes severe collateral damage on a physical, financial, and emotional level. The enraged masses took to the streets once again in a strike to protest French President Emmanuel Macron’s decision to completely overhaul the nation’s retirement system. By doing so, they have brought transportation networks close to a standstill. There is no word yet on when the strikes will end.

Were you planning a trip to Disneyland Paris this Christmastime? When would you recommend people visit what is considered the most beautiful Disney park? Let us know in the comments!