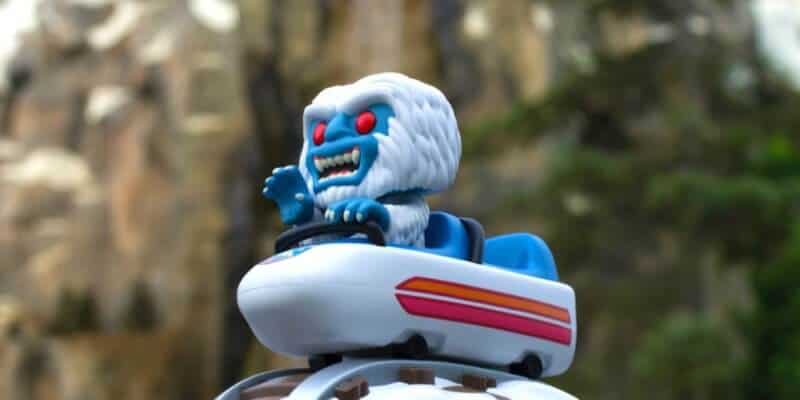 The red-eyed monster of the Matterhorn is coming home in extremely adorable fashion. Funko POP! has released a figure inspired by the classic Disneyland ride that features the abominable snowman riding one of the bobsleds it usually terrorizes.

The Yeti figurine is the latest in a variety of Disney-inspired Funko POP! creations that include the Pixar-inspired sets such as the Toy Story 4 set, the Jack Skellington figuring, the King Triton, and the Figment figurines. It is also the latest ride-inspired figurine after the Splash Mountain set, Haunted Mansion set, and Disney Skyliner Funko POP!

You can find the Matterhorn Yeti in Disneyland at Le Petit Chalet, Disneyana, Wonderground Gallery, and Trolley Treats. You can also find it in Walt Disney World in the Frontier Trading Post at the Magic Kingdom, and at Disney’s Pin Traders in Disney Springs.

Remember: Disney Parks Funko POP! figures are only available while supplies last. So, get to yours while you can!

The Matterhorn was one of the first three E-ticket attractions ever at a Disney Park and it opened during the 1959 expansion along with the Disneyland Monorail and the Submarine Voyage. It was inspired by a movie about climbing the real Matterhorn made by Walt Disney Productions called “Third Man on the Mountain.” It was at this point that Walt Disney wanted a miniature Matterhorn in Disneyland.

But the Yeti did not move into the Matterhorn until 1978. When it did, the first generation animatronic did not move. It stood menacingly while strobe lights flashed around it. It wasn’t until Disneyland’s 60th Anniversary that we were given the more lifelike Yeti with his red eyes and his blue skin. Bobsledders will run into the Yeti three times during their journey, and The Matterhorn famously still does not have a fastpass line.

Are you a fan of the Matterhorn? Do you like the incorporation of the Yeti? Let us know in the comments.