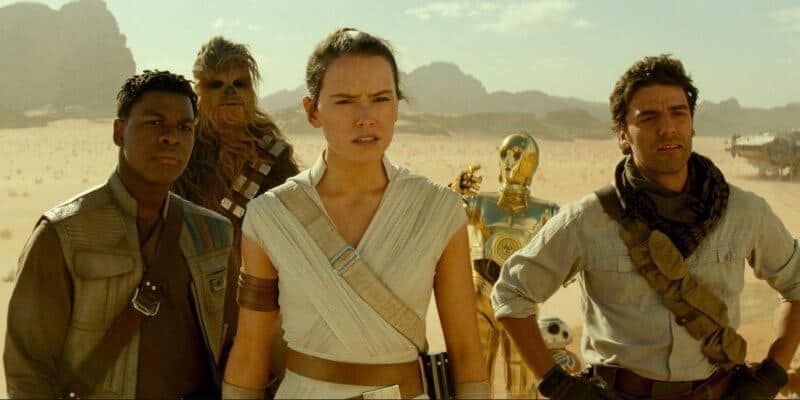 Star Wars director J.J. Abrams admits he played it safe when he made Star Wars: The Force Awakens a few years back. But now, Abrams says that he won’t be doing that again — and thanks to Rian Johnson, The Rise of Skywalker will take a lot more daring approach to the Star Wars franchise.

“In Episode 7, I was adhering to a kind of approach that felt right for Star Wars in my head,” Abrams said in an interview with Total Film. “It was about finding a visual language, like shooting on locations and doing practical things as much as possible. And we continue that in Episode 9, but I also found myself doing things that I’m not sure I would have been as daring to do on Episode 7.”

This explanation is much needed for the Star Wars fans who have wondered what we can expect from Abrams’s Star Wars film. Will it be like The Force Awakens or The Last Jedi, the two films in the final Skywalker Saga trilogy that have been met with quite polarizing reactions.

Related: J. J. Abrams: “The Rise of Skywalker” will answer as many questions as possible

But lucky for fans who want Episode IX to have a bit more bite, Abrams has a few more tricks up his sleeve, and he was inspired by Rian Johnson.

“Rian helped remind me that that’s why we’re on these movies — not to just do something that you’ve seen before,” Abrams said, before continuing, “I won’t say that I felt constrained or limited on 7, but I found myself wanting to do something that felt more consistent with the original trilogy than not. And on 9, I found myself feeling like I’m just gonna go for it a bit more.”

To say that not everyone loved Rian Johnson’s  The Last Jedi would be an understatement. But the writer-director has taken criticism in stride, and Abrams shared that the film has inspired him to pull out all the stops for the Skywalker Saga finale. Abrams has said that The Last Jedi fit into the larger Star Wars story, and he will be continuing that story in Episode IX.

We know we’re not the only ones who are curious about what Abrams has planned for  The Rise of Skywalker. But if its story tugs at our heartstrings as much as The Force Awakens and if it has fans yelling in their movie seats like The Last Jedi did, then we’re sure we’re in for quite the rollercoaster — and we’re ready.

Star Wars: The Rise of Skywalker — the final Star Wars movie in this current saga of films — hits theaters on December 20.

Do you think Abrams’s  The Rise of Skywalker will be the best film in the most recent  Star Wars trilogy? Let us know in the comments!