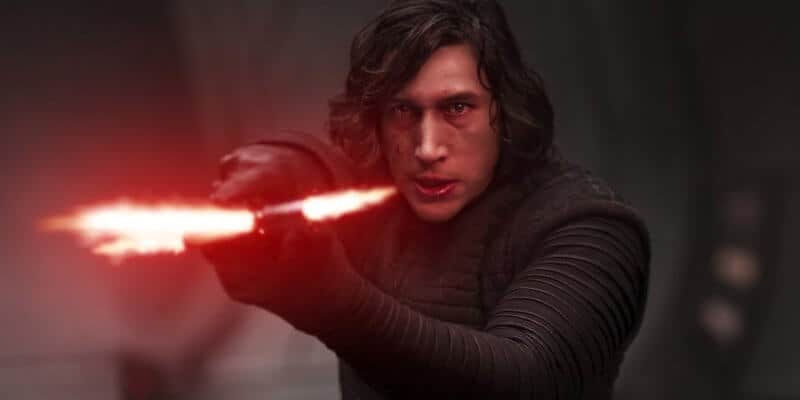 We are just a few months away from “The Rise of Skywalker” opening in theaters. I for one can not wait! Back in April at Star Wars Celebration in Chicago, they debuted the first teaser trailer of Episode IX. The fans got really excited by the trailer, and one of the biggest things that got fans talking was Kylo Ren’s helmet. It was a topic of discussion amongst me and my group of friends. Not to mention casual conversations between me and other fans in Chicago during the convention. 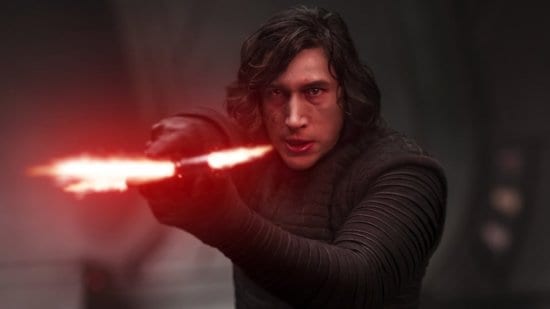 If you remember in “The Last Jedi”, Supreme Leader Snoke hated Kylo Ren wearing a helmet. He even mocked him by saying “You’re no Vader, you’re a child in a mask.” And right after that, he destroyed his helmet in the elevator out of anger, into a pile of smoking shards. It was a scene that set up resentment between master and apprentice, that paid off later. But now it is back, and better than ever!

In “The Rise of Skywalker” trailer, we can see some sort of creature welding the pieces back together.

Some people were already getting upset because they saw this as JJ trying to “undo” what Rian Johnson did in “The Last Jedi”. In my opinion, it makes sense for the character. It does make you wonder why he was determined to keep this one instead of just getting a new one. Is it made from something very important to him and therefore couldn’t part with it? Maybe recycled from an ancient Sith relic? Who is the creature repairing the helmet? Why did he decide to bring the helmet back? I thought he was letting the past die?

But I digress. Right now in Las Vegas, the Licensing Expo is happening and the new look for Kylo Ren was unveiled by Kathleen Kennedy. Like the convention says in the title, it is an image that will be used in marketing material. I really like the look of this new helmet for Kylo. The stark red is a great contrast to the black of the mask. I think this is a great way to bring the mask back. What do you think? 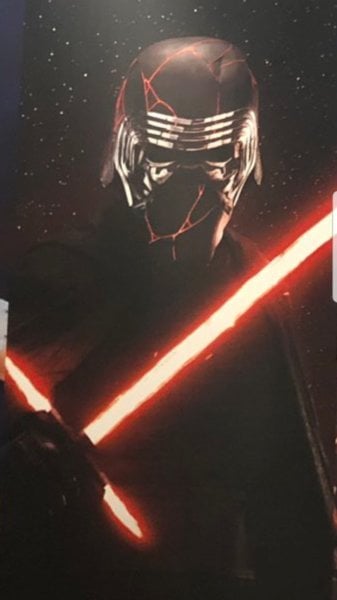 What do you think of Kylo Ren’s new helmet in the upcoming film, “The Rise of Skywalker”? Let us know if the comments below.