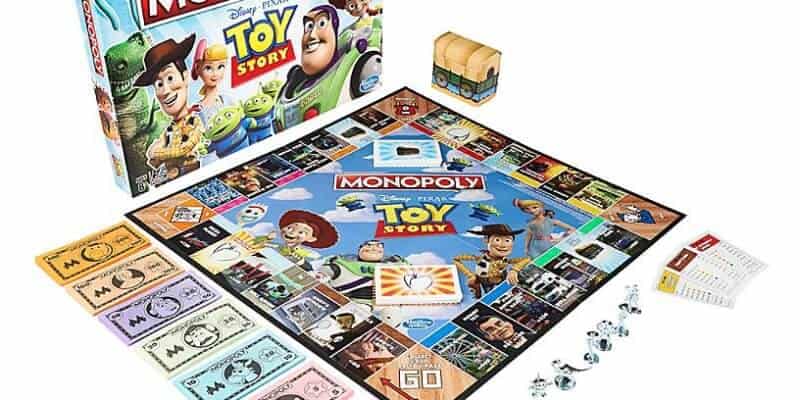 Looking to enjoy a family game night themed after your favorite Disney/Pixar characters? Then why not enjoy a rootin’-tootin’ good time with Woody and his friends from “Toy Story” in one of the most classic board games ever: Monopoly!

Most remember monopoly for its iconic properties and game pieces, including the boardwalk and the thimble. However, now this retro game has been re-themed after one of the most beloved Disney/Pixar movie franchises and the result is a board game featuring character tokens, Andy’s Toy Chest Cards, Birthday Cards, and more–in addition to locations featured in all four movies! 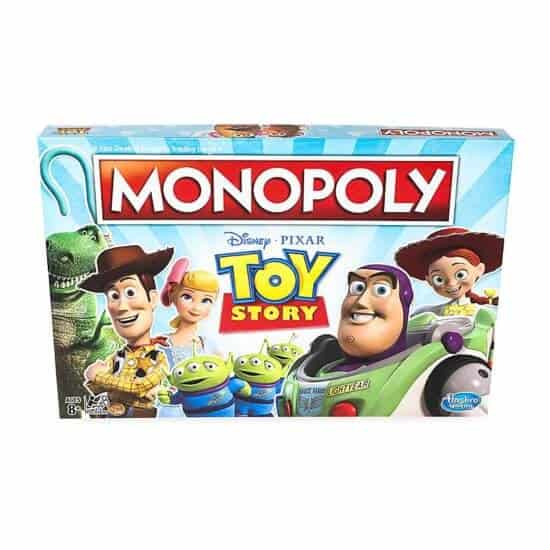 The collector’s edition game features the cast of the “Toy Story” films as game pieces and offers adventure spanning from Andy’s room to Al’s Toy Barn and beyond! The game features a custom game board, cards, and six collectible tokens.

Tokens are accessories that are associated with the famous characters of Woody, Buzz Lightyear, Bo Peep, Jessie, Alien, and Rex! The game plays anywhere from two to six players.

Currently, the game runs for $19.95 on shopDisney. To purchase the game, be sure to head over to shopDisney.

If you’re someone who is more about the wild than the toy chest, be sure to check out the “Lion King” edition of the classic game!

Who isn’t a fan of Disney’s 1994 animated classic film following the young lion prince Simba as he’s cast out of his pride as a cub, only to return as a young adult to fight for his true spot as king?

Similar to the Toy Story Edition of the game, The Lion King version features character tokens, and locations found in the film. However, this version also features Destiny Cards, which plays real music out of Pride Rock! The game also features a custom game board and six collectible tokens.

Tokens are accessories associated with the film’s famous characters, including Timon, Simba, Nala, Mufassa, Pumbaa, or Scar. The game plays anywhere from two to six players.

Currently, the game runs for $44.95 on shopDisney. To purchase the game, be sure to head over to shopDisney.

Which of these themed Monopoly games is perfect for your family’s game night? Let us know in the comments!