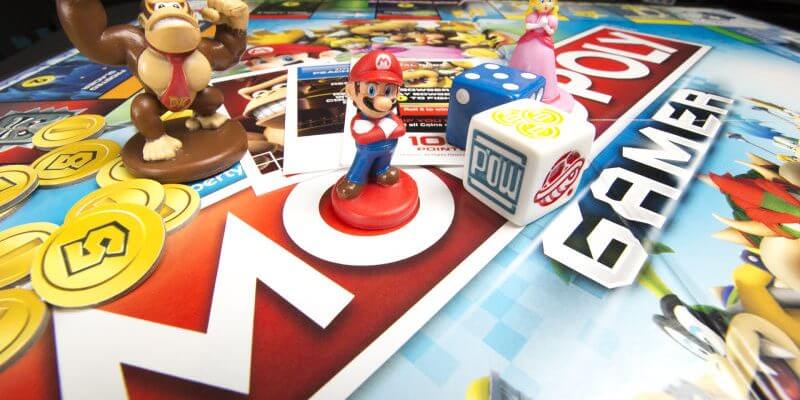 Monopoly has been taken over by Mario and friends.

Hasbro’s new “Monopoly Gamer” hits stores in August and the board game is completely Super Mario-themed. Players still roll the dice to travel around the board, buying and selling properties, but video game details are sprinkled throughout.

The game features Mario, Yoshi, Princess Peach and Donkey Kong, and each character has a “Super Star” ability. For example, when Peach lands on a special spot on the board she gets to collect rent on the all the property she owns. Instead of colorful paper cash, there are cardboard gold coins. In lieu of regular dice, the game has one standard die and one power-up die. Players roll them together, move the number of spaces indicated on the standard die, and activate the power-up on the other one. Activating a Red Shell, for example, forces players to drop three coins. For a peek at more of the special Mario-themed features, take a look at the video below.

You can also add more characters to the game with handy little Booster Packs, which cost $2.99

The exciting new Monopoly Gamer will retail for $24.99 when it arrives in August. For more information, head over to the Hasbro website.