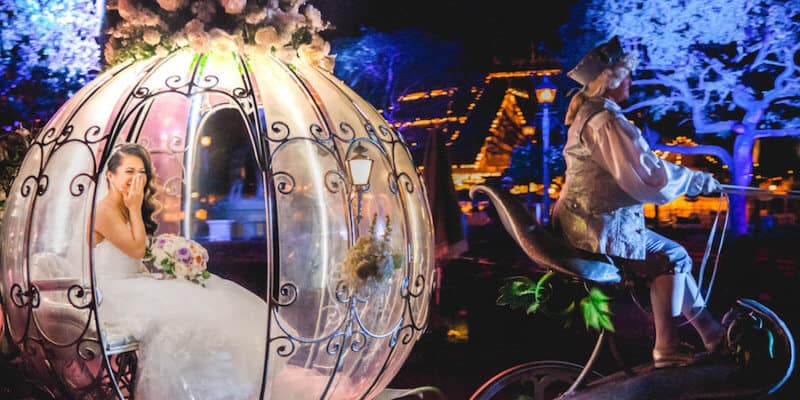 If you’re the ultimate Disney fan who has wedding bells on the brain, you’re in luck.  The popular show  Disney’s Fairy Tale Weddings will be available for viewing on Disney’s new streaming service, Disney+, and new episodes are coming next year!

Disney’s Fairy Tale Weddings is a highly popular show among the Disney fan and wedding planning community. It showcases every step of the disney wedding planning process and shares how Disney-loving couples get to have their best day ever and live out a fairy tale in real life.

The show got its start by airing on Disney’s Freeform, but it’s now moving to a new home on Disney+, Disney’s new streaming service that launches on November 12. All-new episodes will begin premiering on Disney+ in 2020 — although we don’t yet have an exact date for when the new season makes its debut. But until then, you can stream all your favorite episodes of Disney’s Fairy Tale Weddings or start the series from the beginning as soon as Disney+ launches this fall.

There are so many different couples featured on the various  Disney’s Fairy Tale Weddings episodes, and each has their own distinct vision for how they want their Disney wedding to go. The show shares weddings at Disneyland, Walt Disney World, Disney Cruise Line, and even Aulani in Hawaii, in order to showcase the wide variety of Disney destinations all around the world where couples can tie the knot. It’s always so fun to learn all about everything that goes into making a Disney wedding possible.

If you could get married at any Disney destination around the world, where would you choose? Let us know your dream Disney wedding in the comments!

Comments Off on Want to have a Disney wedding? This Disney+ show will tell you how