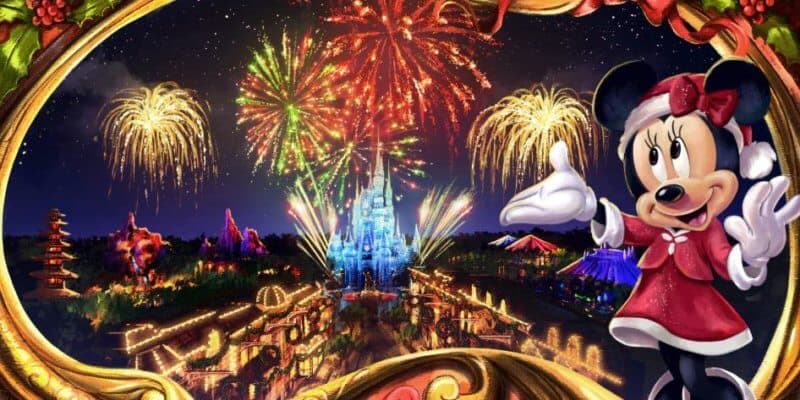 Disney recently shared the news that a fireworks show will be coming to this year’s Mickey’s Very Merry Christmas Party and early morning testing for the new show just took place.

The new show is set to replace Holiday Wishes which ran during Mickey’s Very Merry Christmas Party from 2003 to 2018. With the debut of Happily Ever After in place of Wishes, Disney also brought a new fireworks show to this year’s Halloween party, Disney’s Not So Spooky Spectacular.

This Thursday, Oct. 24, neighbors and Resort Guests near Magic Kingdom may hear us testing fireworks around 6:15 a.m. as…

Premiering with the first Christmas party of the year on November 8, 2019, the new show will be hosted my Minnie Mouse and aptly titled Minnie’s Wonderful Christmastime Fireworks. As with Holiday Wishes, the new show will feature a Disney-fied holiday score with classic songs like “Joy to the World” and “Deck the Halls”.

Early morning rehearsals can be confusing for both guests and nearby residents, so Disney took to social media and some good, old fashioned signage to get the word out that testing would take place between 6 a.m. and 7 a.m. on October 24, 2019. (Some posts even encouraged those nearby to wake up early, grab a cup of coffee and enjoy the show!).

Over at Disney’s nearby monorail resorts, signs were placed in high traffic areas stating that guests “may experience noise impacts and pyrotechnic effects from Magic Kingdom Park between the hours of 6 a.m. and 7 a.m. We appreciate your understanding and apologize for any inconvenience.”

With the Magic Kingdom’s holiday festivities kicking off for the season in just under two weeks, we’re ecstatic to see what Disney has planned for the new Christmas party fireworks! Mickey’s Very Merry Christmas Party is certainly one of, if not the most, magical special events at the Walt Disney World Resort, and we can’t wait to see how Minnie hosts guests with this year’s fireworks.

Watch the video that local Spectrum News shared below!

If you’re planning a trip to the Walt Disney World Resort this holiday season, be sure to book your travels and get your Christmas party tickets soon! Select special offers are still available for some dates, and our friends at Academy Travel will be able to help you get the best deal during all of Disney’s Christmas events. Our go-to authorized Disney vacation planners, Academy Travel can take care of your accommodations, special event tickets, and so much more. Click here for a free, no obligation quote and spend the merriest time of the year in the Magic Kingdom.

Will you be seeing the new Christmas fireworks this year? Let us know what you have planned this holiday season in the comments!