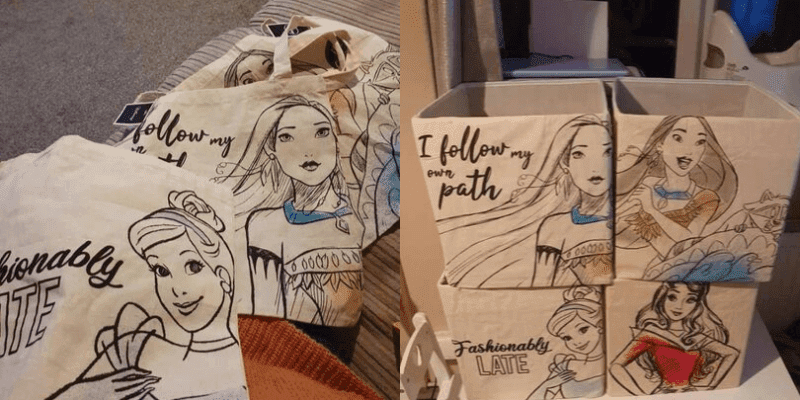 We love scouring shopDisney for all the latest Disney-inspired home décor. But it can be difficult to find adorable items when you’re on a tight budget. One creative mom used inexpensive tote bags to create Disney Princess home décor, and she brings the magic of Disney into her child’s life in the best way.

The U.K. mom used Disney tote bags she purchased for only £1 each at Poundland, a budget-friendly chain store in the U.K. She explained on Facebook that she cut the bags to fit the size of storage boxes in her daughter’s bedroom and used a hot glue gun to attach the bags to the boxes. Her creation resulted in four storage boxes with designs featuring Cinderella, Aurora, and Pocahontas.

“Not really a bargain as such but upcycled my daughter’s storage boxes. Bags from Poundland. Cut them down and glue gunned them on,” the mother described her photos, as seen below: 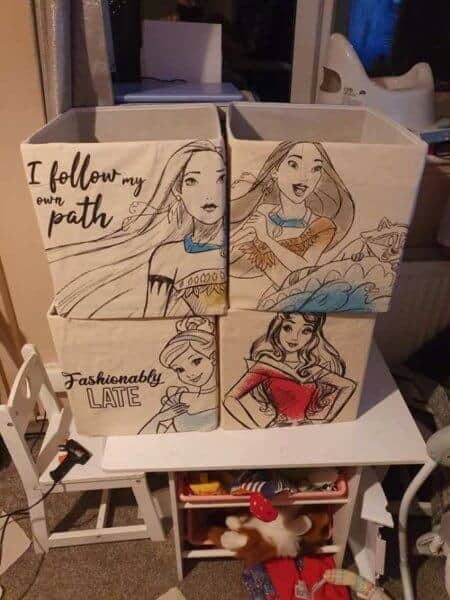 The crafty mom shared the photos of her creation to an Extreme Couponing and Bargains UK group on Facebook, which boasts over one million members and counting. Her post already has tens of thousands of likes and several commenters saying they hope to try their hand at a similar DIY home decor craft.

Related: 13 Disney Halloween decorations to spook your home this season

Soon others followed and shared their similar creations, including one themed after adorable Disney characters like Bambi and Mickey Mouse and another inspired by Snow White and the Seven Dwarfs.

These parents’ knack for DIY Disney décor proves that you don’t have to spend a lot of money in order to create magical spaces in your home. Not every fan is a Disney Parks annual passholder, and creations like these are fun ways to bring the magic of Disney into your home without breaking the bank.

Have you ever created an adorable DIY Disney craft out of items you can easily find on a budget? Share your Disney home décor ideas with us in the comments!