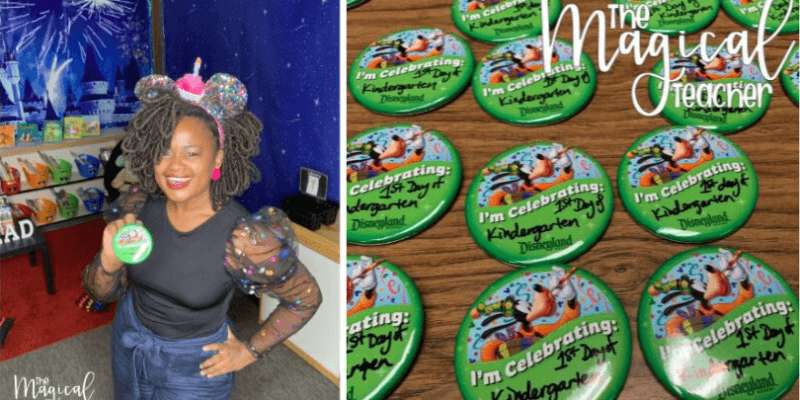 Disneyland is the Happiest Place on Earth, and one Disney-loving teacher has made it her mission to turn her classroom into the most magical place at school!

Carlanda Williams, who appropriately goes by the name “Magical Teacher” on social media, recently shared a tour of her Ayer Elementary School kindergarten classroom in Fresno Unified School District. And given how magical and adorable the classroom décor is, it’s no surprise that Williams quickly went viral on Twitter.

“I just wish that I could take all of my students to Disneyland. If I could afford it that’s exactly what I would do,” Williams said in an interview with a local CBS news station in California’s central valley.

Since she can’t take all of her kindergarteners to Disneyland, why not bring some Disney magic to their classroom? Williams set up a wonderful, pixie-dusted scene for her students to enjoy year-round, with a banner of Walt Disney World’s Cinderella Castle, Christmas lights strung everywhere, Disney books and characters on display, and even hidden Mickeys. She had previously decorated her third grade classroom like this back in 2018, but her 2019 kindergarten classroom tour recently went viral all over social media.

Take a closer look at Williams’s tour of her magical Disney-inspired classroom below:

She even got “I’m Celebrating!” buttons from Disneyland to give to her students on their first day of class. How adorable!

First day of kindergarten ✅ sent my students home with “I’m Celebrating buttons” from @Disneyland! Today was amazing! My heart is so full! pic.twitter.com/uzQqCqSjME

“I am just really excited to have her as a new hire,” said Ayer Elementary School Principal Lynn Rocha-Salazar. “It’s really nice to have someone who brings great energy.”

But the positive impact Williams is able to have on her students goes beyond the $200 reimbursement she gets for school supplies. The teacher spends hundreds of dollars out of pocket to achieve the magical atmosphere she wanted for her Disney-inspired classroom.

“I just use what I got,” said Williams. “If I have to go without for a little bit to get some things for my classroom then I always do. I always pick my students before I pick me.”

With all of her dedication to enriching her students’ lives, it’s no wonder Williams is considered a “magical teacher.”

“To me, magic is motivation, academic accountability, goal driven, inquisitive thinking, and constant engaging,” she said, explaining that the word “magic” is actually an acronym for those positive traits she hopes to inspire in her young kindergartners.

We know that not everyone has the opportunity to visit the Disney Parks, but this teacher sure makes every day just as magical as Disneyland.

What do you think of this magical Disney-inspired classroom? Let us know in the comments!