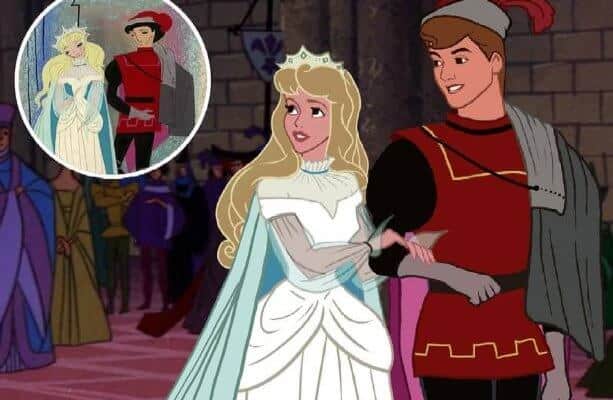 Carlos García Romo, a graphic designer and illustrator, used the original sketches by Disney animators to infuse the original Disney concept art into the princesses’ current looks, and the results are fascinating!

Disney princesses have some of the most iconic looks ever. Their memorable dresses, hairstyles, and even accessories have become ingrained in popular culture with new merchandise, clothing lines, the rise of DisneyBounding, and of course a never-ending supply of fan art. When we came across one artist who did some research into the original concept art of the Disney princesses and re-imagined their looks based on that, we just had to share.

Romo has always enjoyed learning about the creative process that goes into creating Disney animated films, so when the idea to create a mashup of the princesses’ original and current styles he knew he had to commit. While some of these early designs look very similar to the princesses we know today, just as many are almost entirely different:

Belle and Beast’s original concept art is decidedly more French-inspired, and we’re getting some major “Beauty and the Beast” on Broadway vibes from Beast’s get-up here. And of course it’s just downright difficult to imagine Belle’s ballgown without the classic golden hue!

Does Cinderella’s dress here look familiar to anyone else? We would be curious to know if the original concept art for this one became Cinderella’s original dress (the pink one that her stepsisters took the liberty of destroying before she had a chance to wear it to the ball).

This wedding dress is much more intricate than the one that made its way into the 1959 animated film, but we’re not quite sure it’s Aurora’s style. It’s a beautiful look in both artist renderings, but the one that the animators ultimately went with seems to be much more in line with the rest of the film’s design.

Disney’s original princess, Snow White, magically pulls off whatever concept art is thrown at her. This dress totally reminds us of many of the Disney Princess-inspired wedding dresses that have popped up by various designers over the years.

The most surprising look to us has to be Elsa’s ice crown pictured above! The original concept art Romo used to create this piece appears to be much more similar in style to “The Snow Queen,” the Hans Christian Anderson story the film is loosely based on. We love Elsa’s current design, but this one is so high fashion- she looks ready to walk through snowy Arandelle and down a runway.

Tiana’s green dress has become a favorite for Disney princess fans, and it’s interesting to see how similar the final product was to her original concept art. We love her dress in both renditions, but it’s nice to see her looking more relaxed as Romo pictured her here. Girl is a workaholic and could stand to let her hair down and relax now that she’s got her restaurant!

Many of the final Disney princess looks have made their way into the theme parks, not only in character meet and greets and rides but also in shows and the latest Disney merchandise. If you’re hoping to spot some of your favorite princesses on your next Disney vacation, reach out to Academy Travel. Not only can they help make sure you make it to all of those royal meet and greets, but they can also help with booking your accommodations, character dining, and more. Click here for a free no obligation quote and start planning your dream vacation today.

What do you think of Romo’s takes on the Disney Princesses and their original concept art? Any concept art you wish we could see more of today? Let us know in the comments!