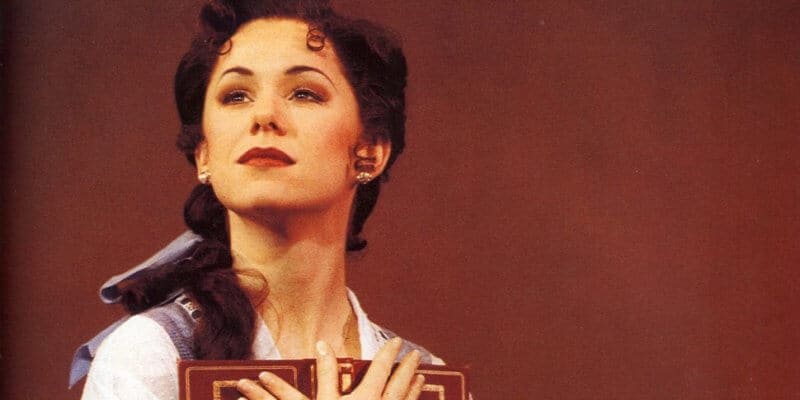 Disney Theatrical Productions brought “Beauty and the Beast” to Broadway in 1994, and 25 years later, a revival is in the works.

“Beauty and the Beast” was Disney’s first animated film to be turned into a Broadway musical. The show opened on April 18, 1994, and despite mixed reviews, it was a massive success and ran for 13 years. The original cast featured Susan Egan as Belle and Terrence Mann as the Beast.

Disney Theatrical President Thomas Schumacher revealed the revival plans on ABC News, though details on a production timeline are still under wraps. “But I’m deep in it,” he said, “so yeah, it’s happening.”

While Disney now has three successful shows running on Broadway (“Frozen,” “Aladdin,” and “The Lion King”), transitioning their animated movies to the stage was new territory back in 1994. “It’s absolutely true that when “Beauty” opened,” Schumacher said, “much of the artistry of putting it together and the business of it was not nearly as respected as it is today.”

The Broadway version of “Beauty and the Beast” included the well-loved songs from the animated movie, which were written by Alan Menken and the late Howard Ashman. The musical also added new songs created specifically for the stage show, written by Menken and Tim Rice. The book was written by Linda Woolverton, who also penned the script for the animated movie.

Over the course of 13 years, Belle was brought to life by 17 different actresses. Since few details about the revival have been shared, there’s no word on who will take on the beloved Disney role this time around.

Are you excited for a Broadway revival of “Beauty and the Beast”? Did you see the show the first time around? Share your stories in the comments below!

Comments Off on “Beauty and the Beast” Broadway revival in the works, says Disney