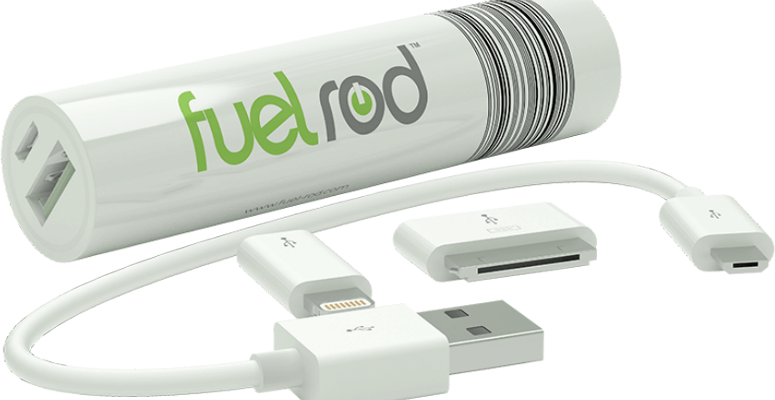 Disney Fuel Rod charging kiosks at Disneyland Resort and Walt Disney World Resort will begin charging guests a fee every time they swap out their used chargers for fully-charged ones.

If you’re unfamiliar with Fuel Rods at Disney, here’s what you need to know. Fuel Rods are, as described on their official website, “the first reusable, portable charging system that allows you to fuel (charge) your mobile device on the go, and then recharge or swap for a fresh one.” They have locations at the Walt Disney World theme parks, Disneyland theme parks, and other select locations on Disney property. It’s like a FastPass for charging your phone, since you get back a new charger instantly when swapping. But there are still a lot of pros and cons to using it.

Beginning November 1 across all Disney Parks locations in the U.S., Fuel Rods will cost $3 per swap. Users of the Fuel Rod systems — which can be found not only at Walt Disney World and Disneyland but also at widely populated locations like airports — were fans of the charging stations because they offered “free, unlimited charging” after the purchase of a starter kit, which costs around $30 on Disney property but can cost less (as low as $22) at other locations, depending on where you purchase the Fuel Rod.

But now, Fuel Rod will no longer be advertising free charger swaps, or at least not at the Disney theme parks. Starting next week the day after Halloween, it will cost $3 every time a Disney guest swaps out their used charger for a full one.

??@FuelRodPower throughout Disneyland and Walt Disney World will be $3 a swap starting November 1st??

RIP to us all. But mostly RIP to Fuel Rods cause no one will use them anymore.

While Fuel Rods aren’t the only portable charger on the market — there are many more affordable portable charging systems that arguably charge your cell phone or other device a lot quicker and last a lot longer — the Fuel Rod system is still a pretty popular one, especially within the Disney fan community.

Many frequent Disney visitors opt for Fuel Rods because of their convenience. Once you know where to find a Fuel Rod station, you can easily swap out your used Fuel Rod for a fresh one and begin charging your device almost instantly.

Those who already own a Fuel Rod kit might not want to pay $3 every time they want a fully charged Fuel Rod while on their Disney vacation. Instead, they may want to either opt for charging their Fuel Rod at home by plugging its charging cord into any USB adapter. Or, another popular option is to purchase a different portable charger.

However, if you’ve already spend $30 on a Fuel Rod in the Disney Parks and you want to get as much use out if it as possible, you migh want to stick with charging it at home or at the end of a long park day when you’re staying at a Disney Resort hotel. So many Disney Resorts have USB adapters in the hotel rooms, so, using the USB to micro USB cable, you can easily plug your Fuel Rod or other portable charger in to charge it before heading back to the parks that evening or the next day.

What do you think of this decision to start charging $3 per Fuel Rod charger swap? Will this keep you from using your Fuel Rod on your Disney vacation? Share your thoughts with us in the comments.