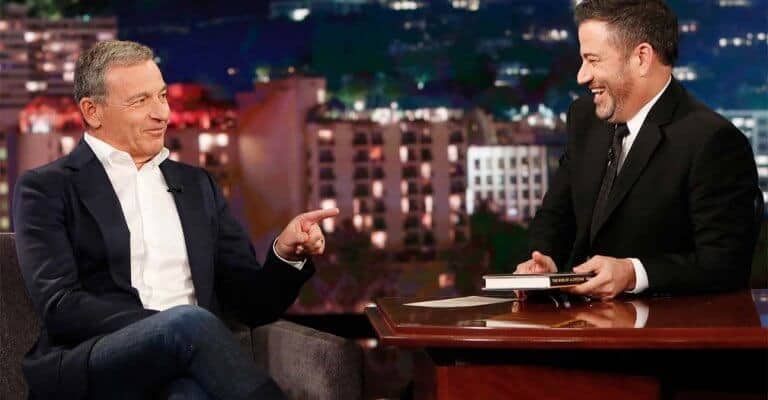 Earlier this week, Inside the Magic brought you the story of Tom Holland’s part in bringing Sony and Disney back to the negotiations table where they were able to reach an agreement that would keep the Disney trademark on the Spider-Man film franchise. Now, Chairman and CEO of The Walt Disney Company Bob Iger has confimed that Holland played a key role in the Sony-Marvel deal.

Last night on ABC’s “Jimmy Kimmel Live!” Iger joined Kimmel to talk about his new memoir, titled “The Ride of a Lifetime: Lessons Learned From 15 Years as CEO of the Walt Disney Company.” During the interview, Iger addressed the recent split and reconciliation between Disney and Sony, giving credit to Tom Holland for the re-negotiations.

“We had an event called D23, and Tom was there because he’s a voice in a new Pixar movie called ‘Onward,'” Iger recalled. “He said something and it was clear that the fans wanted Tom back as Spider-Man.”

Iger explained that after the D23 Expo, Holland approached Iger and asked for his phone number and email. Iger told Holland he would speak to him.

The Disney CEO continued to explain the chain of events that led to his meeting with the Sony CEO, saying that he made a few calls after his conversation with Holland before finally reaching out to Sony.

“Sometimes,” Iger admitted, “companies, when they are negotiating, they forget that there are other folks out there that actually matter.”

Disney and Sony were finally able to come to agreeable terms, thus putting Peter Parker and Spider-Man back in good standing with the House of Mouse.

Marvel will produce a third movie in the “Spider-Man” franchise, allowing Tom Holland to appear in at least one additional Disney/Marvel project. Disney will put up 25% of the financing and will earn 25% of the net gross on an upcoming third Spider-Man feature, which is set to debut July 16, 2021.

You can watch Bob Iger’s interview on Jimmy Kimmel in the video below:

Are you excited about the new deal between Disney and Sony? Let us know in the comments section below!