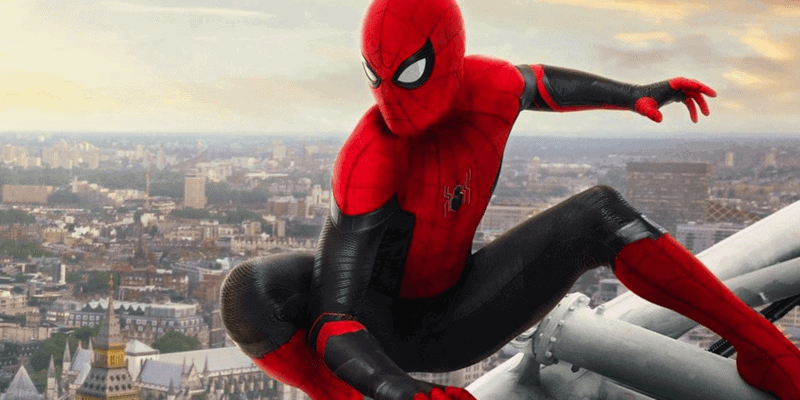 As we all know, Spider-Man has been a sensitive subject for Marvel given the company’s recent fallout with Sony Pictures. However, this doesn’t mean Marvel can’t create their own all-new series of comics on the character–which is what Marvel Comics has done with JJ Abrams and his co-writer and son Henry Abrams.

The new comic book series entitled “Spider-Man” gives fans a completely different perspective of the web-slinging character. Specifically, one that closely follows his son Ben Parker, who develops the same spider-like abilities of his father and ultimately steps into the role no longer inhabited by Peter Parker.

In “Spider-Man #1,” this new series picks up 12 years in the future and follows Peter Parker and Ben who now have a troubled relationship due to the tragic loss of Ben’s mother and Peter’s wife Mary Jane. The loss is documented at the beginning of the issue in a horrific flashback before jumping to the series’ present time in the future.

To make things even worse for the Parkers, Ben is a struggling teenager trying to fit in at school while dealing with bullies and his dad Peter is off working as a traveling photojournalist, which keeps him from having a real relationship with his son. This issue becomes even more prevalent when Ben begins to discover his powers after coming home from a rough day at school and his hand sticks to the doorknob on his front door. Later, Ben wakes up that same night to find himself stuck to the ceiling.

In this same issue, Aunt May (who looks out for Ben while Peter is away) realizes Ben is coming into his powers and in an attempt to get him to follow in his father’s footsteps, tells him to spend some time in the attic. This is where Peter’s old box of Spider-Man goodies are conveniently located, which he comes across in the issue.

The new comic is rated T and is already available in shops for $4.99 (SRP).

Will you be checking out the first issue of Spider-Man? Let us know in the comments!

Comments Off on Marvel to introduce an all-new Spider-Man