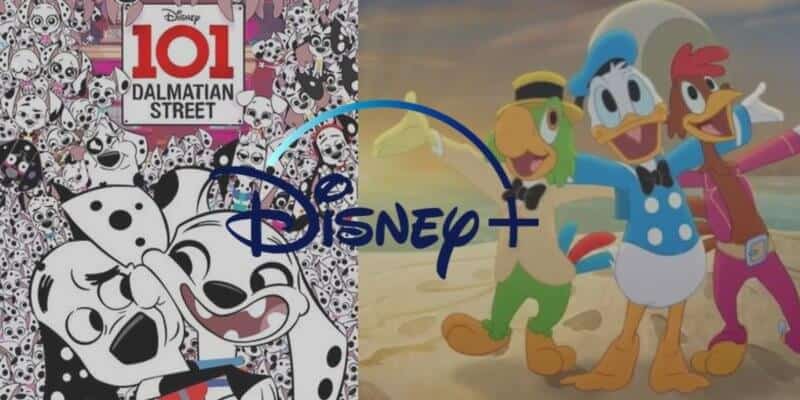 We are about one month away from the launch of Disney’s new streaming service, Disney+, and two awesome Disney cartoons were just confirmed for the launch of the platform!

Disney+ will be the exclusive home to stream all things Disney, from theatrical blockbusters to classic Disney animated films to brand new original content. This paid subscription gives customers access to an incredible library of Disney’s and Fox’s content including Star Wars and Marvel films, as well debuting new and exclusive television shows, films, documentaries and shorts.

And with the launch right around the corner, subscribers are eager to find out what content will be including immediately and which content we will have to wait to view. Well, Thunderbird Entertainment just announced their “Fall” lineup of new animated shows, including two animated series — 101 Dalmatian Street and The Legend of the Three Caballeros. And it’s been confirmed that both will be coming to Disney+ on November 12th!

The Legend of the Three Caballeros

The Legend of the Three Caballeros will tell the story of Donald Duck, Jóse Carioca and Panchito Pistoles, who end up finding themselves part of a heroic legacy. The Three Caballeros go on an ancestors’ quest with the help of a valiant Greek goddess.

Jennifer Twiner McCarron, Chief Executive Officer of Thunderbird Entertainment and Atomic Cartoons stated, “With a record-breaking eight Thunderbird productions set to premiere this fall season, and several more to be announced soon, we are thrilled to provide updates about some of the incredible projects we have been working on.”

“Whether it’s breaking down barriers with shows like Molly of Denali, and Kim’s Convenience, enthralling and educating like Highway Thru Hell, and High Arctic Haulers, or bringing smiles and excitement like 101 Dalmatian Street and The Last Kids on Earth, we are deeply proud of every person involved in these productions, and can’t wait to see how they are embraced by audiences around the world,” McCarron continued.

Although we’ve known about these series for quite some time, it is very exciting to hear both 101 Dalmatian Street and The Legend of the Three Caballeros will be available on Disney’s new streaming service, Disney+, the day it launches.

It looks as if the entire season of Legend of the Three Caballeros will be available at the launch, but we are still unsure if 101 Dalmatian Street will be released on a weekly basis or if Disney+ will release the show all at once.

Disney+ launches on November 12 in the U.S.

Are you excited for these new animated series to launch on Disney+?

Comments Off on “101 Dalmatian Street,” “Legend of The Three Caballeros” confirmed for Disney+