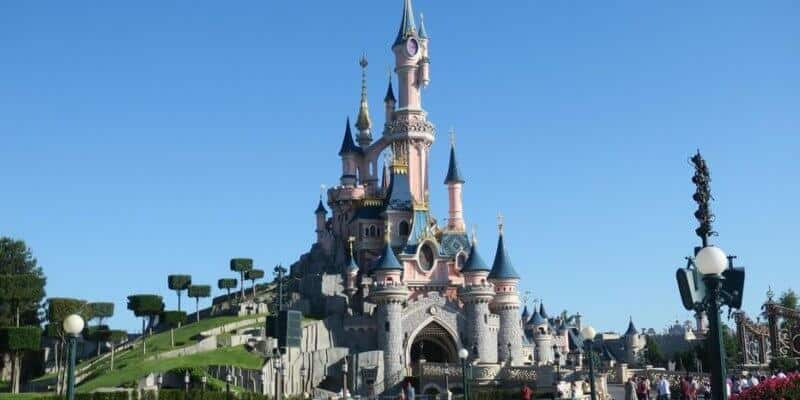 A visit to the Disney Parks is meant to be a magical experience. However, it seems one Swiss man visiting Disneyland Paris went a little too far in his attempts after he took LSD and went missing at the European resort. According to reports, the man was later found naked and confused after a 130-person search and rescue effort.

The 32-year-old-man was first reported missing on Friday night after his 30-year-old girlfriend told police her boyfriend had fallen into a lake in the park’s Adventureland and hadn’t made it back to the surface of the body of water. While telling police how her boyfriend first went missing, she also revealed that she had just given him the hallucinogenic drug prior to his fall.

It was then realized that the man had fallen into a man-made lake near Pirate’s Beach, a children’s play area surrounded by water with a recreation of Captain Hook’s ship from Disney’s “Peter Pan” animated film.

Upon alerting park officials of the man’s disappearance, a search party of 30 firefighters, 10 divers, 10 policemen, 80 Disneyland Paris employees and a police helicopter with a thermal-imaging camera all formed together in an attempt to find the man.

According to early reports on the news, it was shared that the man was found on the bank of the lake around 12:30 a.m. Saturday morning after falling in the water just before the park closed Friday night.

However, in a later report by the Le Parisien, it was revealed that the Swiss man had actually been found naked about a mile from the theme park around 1 a.m. Saturday.

“He was walking in the middle of the road. He did not have a centimeter of cloth on him and he walked barefoot,” the shocked driver who found the Swiss man told Le Parisien. “I stopped, got out of the car and went to meet him.” The driver continued: “He had scratches on his legs and arms…He did not remember anything.”

The driver took the naked man to his house, gave him clothes and drove him back to Disneyland Paris. Upon arrival, the Swiss man and his girlfriend were detained by the police for narcotics use and confessed to regular use of drugs. The couple was later released on Saturday around 4 p.m.

Disneyland Paris official told International Business Times that the late-night search effort did not impact park operations, nor did it disrupt visitors.