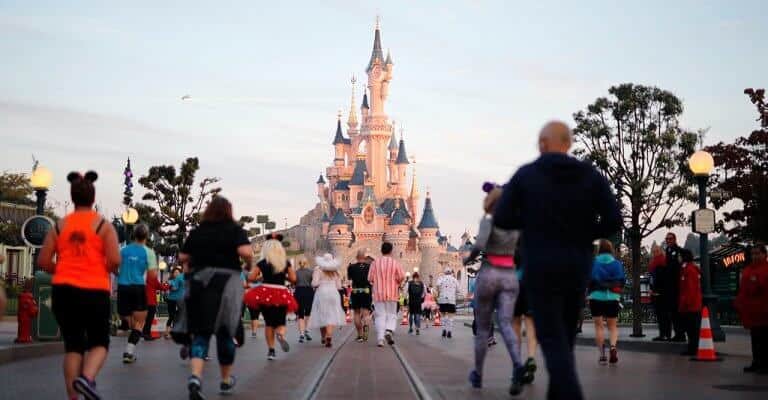 Last week, we shared with you TripAdvisor’s take on the best theme parks in the world.

But the review-based travel site doesn’t stop there. It has now released a list of the top 10 theme parks in Europe, and—as is fitting—two Disney Parks rank among them.

Six countries are represented on the list that awards the French Le Puy du Fou park the blue ribbon as Europe’s top theme park. Germany, Italy, the Netherlands, the United Kingdom and Denmark each have a hat in the ring, but we’re most proud of France, the home of both Disneyland Paris and Walt Disney Studios Park, which take number 4 and number 7 on the list. The list points out, however, that with more than 15 million visitors each year, Disneyland Paris is by far the most attended theme park in all of Europe.

Diehard Disney fans would likely place the two parks at the top of the list, but alas, reviews came from Disney fans and non-Disney fans.

The parks have a lot in common, but for all their similarities, the parks also differ wildly from one another—each with its own signature approach to experiencing the magic.

Walt Disney World in Florida is massive, encompassing more than 27,000 acres, while the smallest of Disney’s fun spots, Hong Kong Disneyland, is spread out over only 68 acres. All the parks have some version of Main Street U.S.A., except for Shanghai, which instead has Mickey Avenue and the Gardens of Imagination, celebrating the 12 signs of the Chinese Zodiac and traditional Chinese gardens.

Each park boasts a castle as its centerpiece, but the royal structures vary in size, detail, colors and theme. Just compare Sleeping Beauty Castle at Disneyland Park and Enchanted Storybook Castle at Shanghai Disney Resort.

The different parks honor and celebrate unique customs and cultures too. Sometimes that means different costuming for Mickey and Minnie, and sometimes it means a difference in how the parks are decorated and designed. Hong Kong and Shanghai Disney Resorts celebrate Chinese New Year in the parks with elaborate parades and festivals. If you visit all 6 parks, you’ll also experience a wide range of culinary offerings as well.

You might even notice a different “feel” at some of the parks. Disneyland Paris often sees guests moving at a slower pace, while at Tokyo Disney Resort, it’s not uncommon to see huge crowds gathering hours before the park opens and then engaging in a “running of the bull” tradition as soon as the gates open.

Which of the Disney Parks is your favorite? What differences have you noticed between the parks, and if you were to rank Disney’s 6 parks, what ranking would you give each park and why?