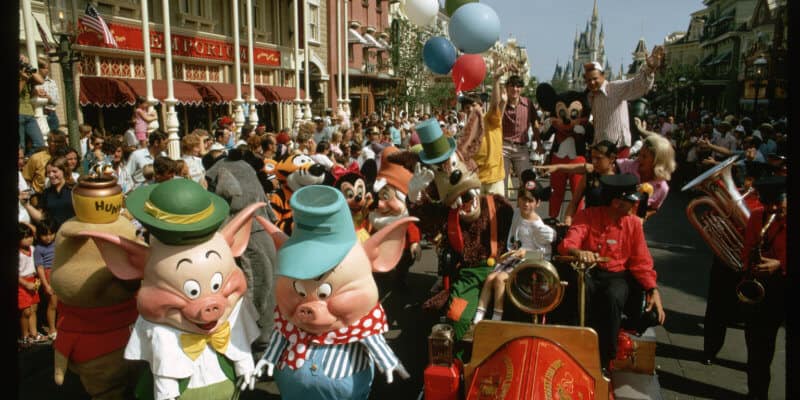 Disney Parks can change drastically over time, and we don’t just mean with increasing ticket prices. From extinct attractions to completely rethemed lands and even renamed and rebranded theme parks, Disneyland Resort and Walt Disney World Resort have changed so much in the decades since they opened. We recently came across some vintage Disneyland and Walt Disney World photos, so why not take a trip down memory lane to the Disney Parks of the past to see just how much they’ve changed since 1955 and 1971.

Disneyland just celebrated its 64th anniversary, and in over half a century this resort has experienced more changes than we can count. Still, the magical feeling of Walt Disney’s very first theme park remains true and present today. Even with completely reimagined lands, all-new attractions, and a theme park that Walt Disney never had the chance to see, Disneyland Resort still holds the same delightful Disney magic that some claim you can only feel right at home in Anaheim.

Pirates of the Caribbean, 1969

Walt Disney World Resort has gone through so many changes over the past almost five decades since it first opened. From the addition of theme parks and water parks to countless hotels, there is so much to see and do in Disney’s Orlando. But just like Disneyland park, Magic Kingdom still holds that whimsical, magical feeling of pixie dust today that it did when it first opened in 1971.

What are your favorite Disney Parks attractions or areas that no longer exist today? Let us know in the comments!