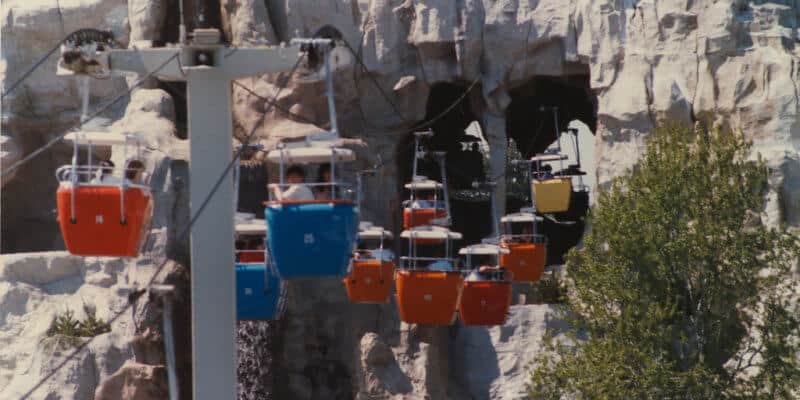 Walt Disney’s first foray into the realm of theme parks forever changed Southern California when Disneyland opened in the summer of 1955. Over the past 60+ years, this magical kingdom has undergone numerous changes.

Now part of the Disneyland Resort (which includes hotels and two theme parks), Disneyland is about to realize its most spectacular addition yet: Star Wars – Galaxy’s Edge. As this enchanting enigma known as Disneyland continues to grow, we thought it was time to look back at a few the now-vanished experiences we miss the most.

From animatronic performances to immersive attractions and all the exciting adventures in-between, Inside the Magic takes a peek through the looking glass of times-gone-by to examine the seven things we miss most about the Disneyland park in Anaheim California. Featuring props from the 1954 motion picture adaptation of Jules Verne’s classic sci-fi/steampunk adventure, this walk-through exploration of sets and props only lasted a year at Disneyland. Some of the props made their way to Disney’s California Adventure while Captain Nemo’s impressive pipe organ remained at Disneyland and is now a part of the Haunted Mansion.

Disney pioneered the emergence of the immersive theater with its circle of nine screens depicting larger than life amazements. Placing viewers in the center of the action, five different Circle Vision 360 shows appeared at Disneyland from 1955-1997 (“A Tour of the West,” “America the Beautiful,” “American Journeys,” Wonders of China,” and a return of “America the Beautiful”). Currently, Buzz Lightyear Astro Blasters entertains guests at this location.

5. Rocketship to the Moon

Not too long before America landed a man on the moon, Disney Imagineers created their own version of the journey which departed from Tomorrowland. Two versions of the moon run appeared from 1955 – 1975 (mission control was added in 1967). These were followed by Mission to Mars in 1975. Currently the only out of this world experience at this location is the space-themed pizza restaurant: Redd Rockett’s Pizza Port.

Transporting guests from Fantasyland to Tomorrowland (or Tomorrowland to Fantasyland – depending on where boarding took place), this aerial, cable driven bucket offered guests a birds-eye view of the park from 1956 through 1994.

Critter Country’s performing bears entertained guests with American folk songs from 1972 (pre-dating the creation of Critter Country) until 2001. The singing troupe even performed seasonal holiday favorites for a short time (Country Bear Christmas Special). A revised show depicting the animatronic performers while on vacation (known as Country Bear Vacation Hoedown at the Country Bear Playhouse) took over from 1986 until the attraction was closed to make way for The Many Adventures of Winnie the Pooh.  Country Bear Jamboree continues to delight guests at Walt Disney World’s Magic Kingdom in Florida.

Fresh from its successful run at the 1964 world’s fair, the General Electric sponsored Carousel of Progress was ported to Tomorrowland in 1967. This revolving theater depicting technological advances through the decades would remain at Disneyland until 1973 when it was shipped to Walt Disney World in Florida.

While the sister attraction in Florida remains in use today (Tomorrowland Transit Authority), this tour of Tomorrowland left Disneyland in the mid-nineties. During its tenure (1967-1995), guests would ride in the open air, eight-passenger carts on a track around Tomorrowland.

While these seven long lost experiences only represent the tip of the iceberg of the changes which molded Disneyland over the past half-century, they do stand out as ones we miss the most. While Walt’s original theme park will continue to evolve and add new adventures to stay fresh and relevant, once in a while it’s nice to reflect on thrills from the past.

Of all the adventures and experiences that have been a part of Disneyland park in California, which one do you miss the most?