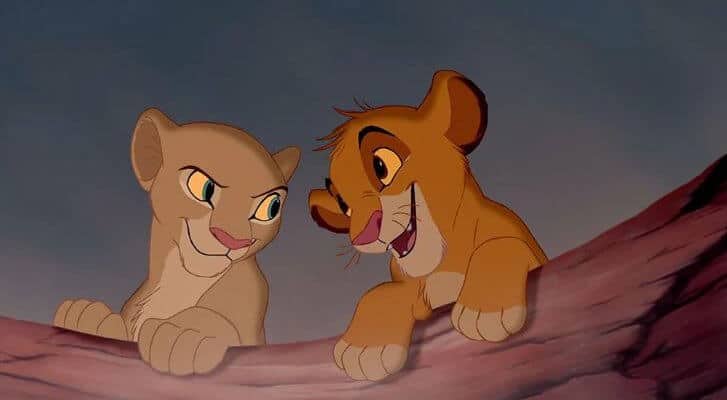 The most popular baby names usually change from year to year with some of the most used ones typically coming from current trends. And for new parents in the U.K., a study has revealed that some famous Disney character names were at the top of the list!

The top baby names of the past year in the U.K. overall turned out to be Olivia and Oliver, but plenty of names from memorable Disney characters were high up on the list. The study described about 3 out of every 10 18-34 year olds as being “pro-Disney” and therefore likely to use a Disney-inspired name for at least one of their children. With this generation being more interested in Disney overall than generations who had come before them, it may not be that much of a surprise that some classic Disney character names are regularly being considered when it comes to naming babies.

According to the study, many of the names came from Disney classics and films that were either produced or still widely popular during the now parents’ childhoods, like “Toy Story,” “The Hunchback of Notre Dame,” and “Beauty and the Beast.” Along with the increase in Disney-inspired baby names, the study also reveals that these films have become increasingly popular within the last 10 years.

The most popular Disney name to make the list was Jasmine, which is of course one of the main characters in “Aladdin,” a story told through the animated classic and through the recent live-action retelling that debuted earlier this year. Rex from Disney-Pixar’s “Toy Story” made the list as the second most popular Disney-inspired name, and Belle from “Beauty and the Beast” rounded out the list’s top picks.

14% of adults in the study revealed that they would consider naming their child Ariel from “The Little Mermaid” and about one in 10 reported that Nala could be considered as well (with the study taking place shortly after the release of the live-action remake of “The Lion King”). Despite all the popularity Disney names are seeing around the U.K., 16% of people in the study commented that naming children after Disney characters is a “nice idea” but not something they would actually consider doing themselves.

Another striking piece of data from the study is that many of the Disney character baby names have increased in popularity from year to year by monumental percentages. Rex saw a 767% increase from 2007 to 2017, while Esmerelda increased by 400%, Belle by 335%, Minnie by 308%, and Ariel by 115% in the same date range.

Here are the top 10 Disney-inspired baby names in the U.K.:

Names that ranked lower on the list (but still increased in popularity over previous years) included Gus (“Cinderella,” 1950), Mickey (debuted in “Steamboat Willie,” 1928) and Jafar (“Aladdin,” 1992).

Florida4Less Director Martin Berens points out that dads are more likely to suggest Disney-inspired names than moms and that 12% of men polled said they would choose a Disney baby name as opposed to 8% of the women surveyed.

Still, three in 10 responses to the study indicated a belief that too many non-traditional names are being used. The trend may only continue to grow however as about 26% of people surveyed said they would consider naming their children after characters from films, books, and TV shows, including works by Disney.

Celebrate the magic of Disney with your kids regardless of their names by planning your next trip to the Walt Disney World Resort or Disneyland. There the whole family can see their favorite characters without committing to taking on their names. Our friends at Academy Travel can help you create these magical moments with their expert Disney vacation planning services that come at no cost to you! Click here for a free, no obligation quote, and start planning the vacation of your dreams today.

What do you think of the rise in popularity towards Disney-inspired baby names? Let us know in the comments!