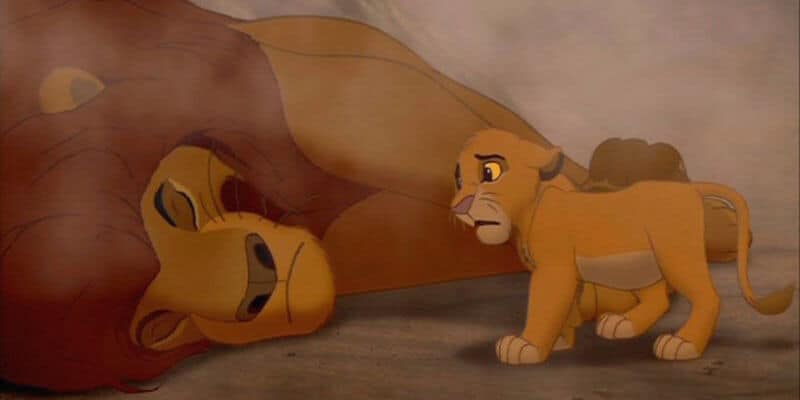 Happy. Hilarious. Magical. Enchanting. These are all words many use to describe Walt Disney films.

But I think we can all agree that Disney also has a way of tugging at our heartstrings and breaking out the tissues. Here are some of the most heart-wrenching, yet memorable classic Walt Disney scenes.

Mufasa’s death in “The Lion King“

Scar throws his own brother off of a cliff into a stampede of wildebeests right in front of his nephew.  Then have to watch Simba run over to his dad and ask him to “get up because it’s time to go home.” And to top it all off, Scar then blames his own nephew for the death, and tells him to run away and never return. If this doesn’t make you sob, I don’t know what will.

Saying goodbye to Todd in “The Fox and the Hound”

Seeing Widow Tweed say goodbye to Todd and leaving him in the woods breaks viewers hearts, but what makes it even worse is watching Todd’s reaction because he has no idea why she is leaving him behind. Saying goodbye to your pet is never easy so why would watching it in a film be any better?

Bing Bong’s sacrifice in “Inside Out“

Bing Bong became one of the most beloved Disney characters, mostly because of his bravery and selflessness. He sacrificed himself just so Joy could go on to save Riley.

The entire first 15 minutes of “Up”

First, we watch the love story blossom between Carl and Ellie. Next, we find out Ellie is pregnant and we watch Ellie and Carl decorate the nursery only to soon find out they suffer a miscarriage.

But that’s not all because we also have to watch one of the saddest death scenes of all time. I think it’s safe to say, this is the worst start to any film. Ever.

When Dumbo’s mom realized she would soon be taken away from her son, she decided to spend the last night with him by rocking him to sleep as “Baby Mine” plays in the background. The saddest lullaby we will ever hear.

How do you tell a child that you’ve established a bond with “goodbye”? Well, Sulley had to do this with Boo, who had no idea she would never see him again.

Not only does the film start off with every other kitten getting picked up except Oliver, but then it continues with us having to watch Oliver brave the streets of New York City. We see him getting caught in a horrible storm with no shelter, getting chased by hungry dogs, and having to sleep on a car tire with thunder and lightning surrounding him because he has no where else to go.

Judy getting bullied in “Zootopia”

What makes this scene so emotional is the fact that a lot of us can relate to Judy during this scene. Unfortunately, bullying is real life problem that many people experience, so when we have to watch Gideon attack Judy for standing up for everyone, it really hits home.

A hunter comes along and gets a hold of Bambi’s mom. And Bambi had no clue where she went. Need I say more?

These are only a select few of the gut-wrenching scenes Disney has put out there. Watching Quasimodo be humiliated as tomatoes are thrown at him. When Miguel sang ‘Remember Me’ to Coco and she remembered who her father was. When Eve put Wall-E back together, but he didn’t recognize her and she tried everything possible to jog his memory. The list goes on and on.

What do you think the saddest Disney moment is? Tell us in the comments.