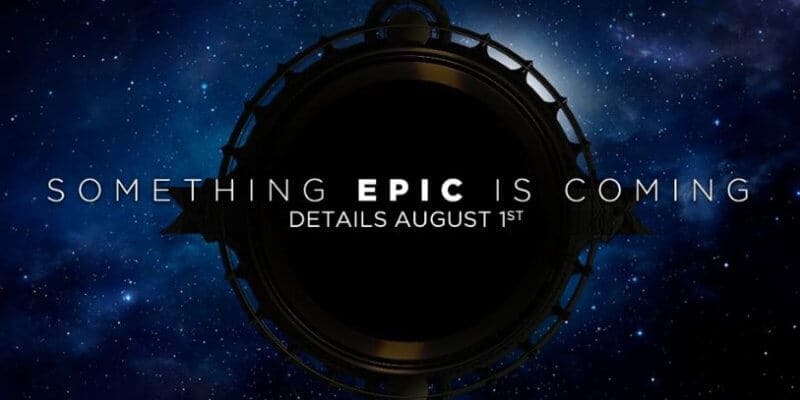 Social media is on fire regarding Universal Studios mystery logo. Their only hint: tune on August 1st for details. Inside the Magic will be on hand ready to report this reveal.

However, we’d like to know what you, our readers think and hope that Universal has up its sleeve.

The new logo looks suspiciously like what might appear for a new theme park or new theme park land. We’ve speculated and reported on plausible possibilities. Ideas range from an entirely new theme park, possibly a new or re-themed areas of existing parks to new rides or experiences.

Here’s a list of potential arrivals.  These are either based on past reports and rumors as well as speculation and wishful thinking.

Brand New Theme Park – it’s no secret that Universal Studios has enough land to add an entirely new theme park to the International Drive area of Orlando. Some reports hint at a hub-based series of themed lands (similar to how Disneyland parks are laid out). These permits reveal details of Universal Orlando’s theme park expansion fueling the speculation of a theme park with the classic hub and spoke design.

Universal Studios Classic Monsters themed area – Horror fans have been hoping for an entirely dark-themed park based on Universal’s crown jewel classic monster franchise.  However, a themed land as part of a new park might be a more realistic reveal.

Dracula’s Castle ride – A new theme park or themed land would benefit from an iconic ride or building. Dracula’s Castle could easily provide both an exciting dark adventure and signature structure for a new park or land.

Star Trek experience – Rumored to be a potential replacement for Terminator 2-3D, a Star Trek based attraction or land is also a possibility for this final frontier of theme park fun.

What do YOU think Universal Studios’ mystery logo means?

While we’ve listed a few ideas above, we’d really love to hear from our readers on what this new announcement might contain.  As the ultimate “end-user,” please add your thoughts and hopes in the comments.