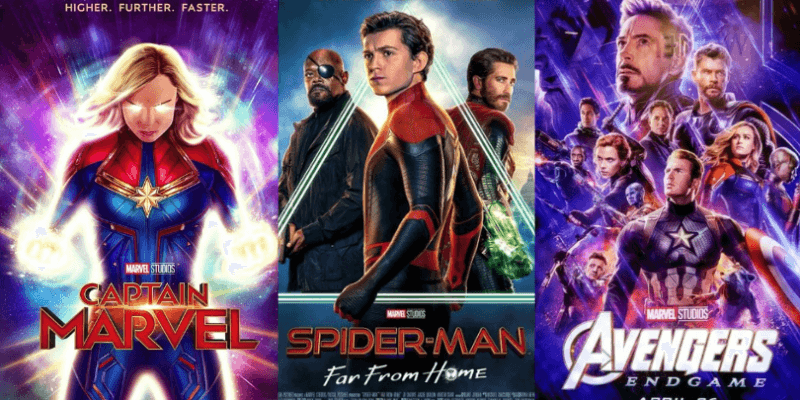 It’s a great time to be a Marvel fan, and a great time to work for the studios, too. All three Marvel Cinematic Universe films that have hit theaters this year have surpassed $1 billion at the box office, and we can’t wait to see what’s coming next.

As many fans already know, “Avengers: Endgame” surpassed $2 billion, making it not only the highest-grossing Marvel film of all time but also the highest-grossing film of all time, period. “Spider-Man: Far From Home” passed $1 billion at the box office this week, and “Captain Marvel” also passed the $1 billion mark months ago. These are setting the bar pretty high as far as Marvel films are concerned, and they sure have made an impact on the movie industry this year so far. No other films that have released in 2019 have surpassed $1 billion, so these three MCU additions further proved that Marvel Studios is a force to be reckoned with.

Even though we don’t expect another film to come close to the success of “Avengers: Endgame” this year, we wouldn’t be surprised if a couple more films from 2019 kicked “Captain Marvel” and “Spider-Man: Far From Home” out of the top three. Disney still has some more tricks up their sleeves, with so many more films to come this year. But “Frozen 2” and “Star Wars: The Rise of Skywalker” aren’t set to premiere until this fall, so even though they’re some of the most highly anticipated (and predicted to be some of the most successful) films of 2019, we’ll going to have to wait many more months before we get to see if those two will be as successful as we think.

Still, although other Disney films are sure to be big hits at the box office, it’s clear that Marvel is dominating and they won’t stop. We already know we have a lot more to expect from the Marvel Cinematic Universe in Phase 4 and beyond, including movies and shows like “Black Widow,” 2020, “The Falcon and The Winter Soldier,” and “The Eternals” in 2020 alone. Marvel Studios continues to exceed our expectations, and we know we’ll be happy with what’s coming next.

What do you think of Marvel dominating the worldwide box office? Let us know in the comments!