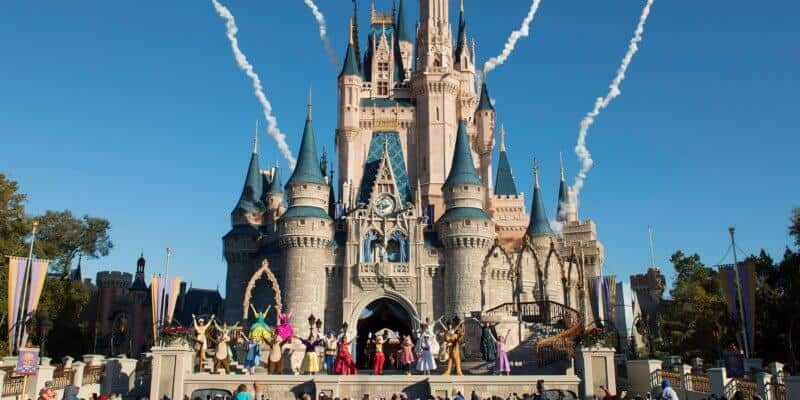 Summer is the most popular time of the year to visit Walt Disney World, but it’s also the hottest. And unfortunately, guests wanting to visit Magic Kingdom today were met with a long wait time after ticket scanners reportedly broke down, leading to hours-long lines in the Florida heat.

According to several Tweets by Walt Disney World theme park guests, there was an alleged glitch in the ticket scanning system, leaving Cast Members unable to scan the theme park tickets of guests wanting to enter Magic Kingdom. Guests with MagicBands were reportedly the only ones able to enter the theme park.

BREAKING: Guests @WaltDisneyWorld report technology breakdown this morning prevented tickets from being scanned meaning the only guests who got in were ones with Magic bands. There have been reports of long lines and lots of confusion. We are waiting to hear from Disney. pic.twitter.com/KIWft3Mmtr

#magickingdom Disney claims their scanning system is down. 2 hour wait to get to park entrance with barcode. pic.twitter.com/N9div5pVXU

@WDWToday the ticketing error this morning threw the start to our day into chaos, even had to miss breakfast at the Plaza! I hope this is fixed soon for everyone else's sake!#WDW #wdwt #MagicKingdom

The magical @DisneyParks experience so far at Magic Kingdom. Two and half hours in line at guest services (and counting) in blistering heat. At least we got free water. ??? #MagicKingdom pic.twitter.com/0d6HR3oNk1

“We experienced an unfortunate interruption in our ticketing system and are working to bring it back online shortly. We apologize for any inconvenience,” said a Disney spokesperson in a statement issued shortly after the events ensued.

Local Florida news station WESH was sent a video from a guest who said that after two hours of waiting on Monday morning, someone in ticketing and guest relations finally let them exchange their tickets for VIP passes, which don’t have to be scanned upon entry into the theme park. Still, not all guests were so fortunate. Even after the Magic Kingdom ticket scanning system was back up and running, the line for Guest Services was still quite long, with hundreds of guests still waiting for their opportunity to enter the Most Magical Place on Earth.

Was all clear as of 30 min ago (first pic) but even at 8:55am, guest services was backed up to security (second pic) pic.twitter.com/UYKCuh8qGt

This report comes just a few weeks after guests experienced delays getting to Magic Kingdom after one of the Walt Disney World Monorails stalled for nearly an hour. At that time, guests also had to wait in the hot Florida weather, as the stalled Monorail did not have the air conditioning running. Experiences like these, although not terribly common, do happen even at Walt Disney World, so keep in mind that even when you visit the Most Magical Place on Earth, you still may have your fair share of waiting if something goes wrong. Disney Parks are worlds of yesterday, tomorrow, and fantasy, but they’re not immune to real-life mishaps like the ticket scanner malfunction that occurred today.

Have you ever experienced an incident like this that prevented you from entering Magic Kingdom when you wanted? Let us know in the comments!