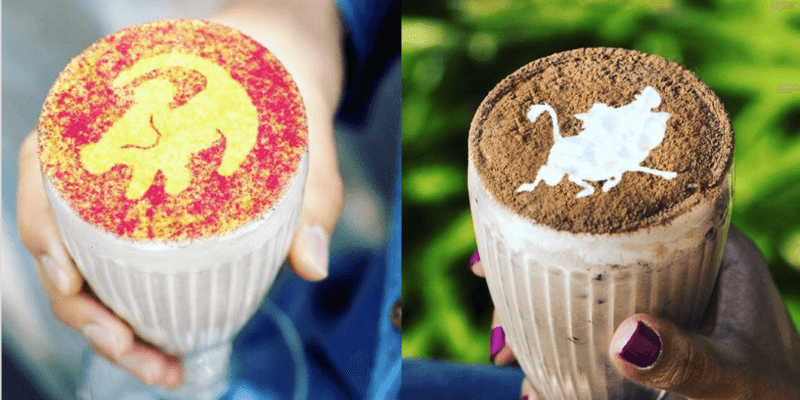 To celebrating the upcoming release of Disney’s “The Lion King” remake, Disneyland Paris is offering up delicious and adorable new treats themed after two of the beloved film’s biggest stars!

According to the Disney fan account on Instagram @disneyland.and.me, it seems the Pumbaa and Simba shakes are two of the international park’s newest treats! The Pumbaa shake (pictured below) features the combination of banana and Nutella flavoring and the Simba shake reportedly tastes like vanilla praline.

Lion king themed shakes. The Pumba has be is banana and Nutella one of my absolute favourite milkshake combinations, the Simba shake is Vanilla Praline ? Available from this weekend in Victoria’s. Will you be trying these?? ??? #Disneyland #disneymum #disneyday #disneyfood #disneydrinks #disneysnacks #disneylandsnacks #disneyfoodie #victorias

It’s hard to tell what’s been dusted on the top of the shake. However, the graphic outlines of both characters are stunning! The image of Simba looks as if it was taken directly out of the animated film and the silhouette of Pumbaa is nearly identical to the comedic warthog.

It’s unfortunate that the sweets are only available at the Paris park. However, for some, these shakes could be enough to warrant a trip to the European theme park. Currently, the shakes can be found at the park’s Victoria’s Homestyle Restaurant.

According to the post, it seems the treat is available for purchase now through September 22.

For those who live on this side of the pond, don’t fret–as Walt Disney World is also offering some Lion King-themed treats as well!

King’s Cooler Dole Whip is now available at the park’s Tamu Tamu refreshments and dessert stand and is made with the infusion of pineapple Dole Whip with rum topped with a red syrup made up of watermelon and coconut.

If you’re not 21 just yet, don’t fret! Tamu Tamu also offers the same beverage without the rum. The item can be found on the menu as Simba’s Sunset Dole Whip and features pineapple Dole Whip topped with a red syrup made up of watermelon and coconut (pictured above).

Guests to Walt Disney World can also find this Lion King-themed Popcorn bucket, designed to look just like a wooden drum with a banner of decorative tribal carvings along the top and bottom of the bucket and one big carving of Simba on its front center. Similar to other Walt Disney World and Disneyland souvenir popcorn buckets, it also features a strap to hang around you to easily carry the snack tub during your time in the parks.

Matching in theming with the rest of the bucket, the brown material strap features vibrant and colorful graphic designs of Simba and the sun symbol featured in the animated film. 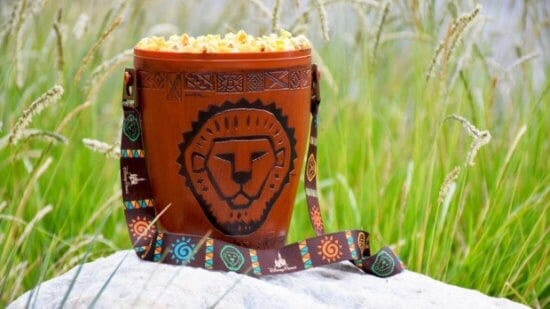 What are your thoughts on all of these Lion King-themed treats? Let us know in the comments below!