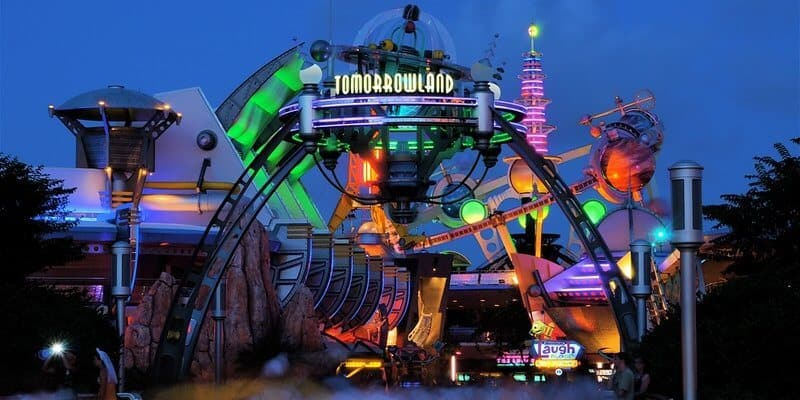 If you’re traveling to Walt Disney World this summer, you may notice something different at Magic Kingdom. And no, we’re not talking about the new refillable water bottle fountains. The sign that was previously displayed at the entrance to Tomorrowland has been removed, and guests are wondering what to expect when it returns.

The entrance to Tomorrowland was first spotted without a sign on Tuesday, and it would appear as though the sign had been removed overnight the night before. The sign, which could previously be seen positioned over the bridge leading from the Magic Kingdom hub to Tomorrowland, is no longer there, although some are reporting that the sign will return later this summer with a new look. Disney has yet to announce a return date for the Tomorrowland entrance sign, nor have they confirmed whether or not the sign will be reimagined to look differently, but we’ll keep you updated when we know more information.

The removal of the Tomorrowland entrance sign comes amid speculation of a refurb for the land. During the recent annual meeting of shareholders of The Walt Disney Company, Chairman and CEO Bob Iger responded to an audience question if the company had any plans to refurbish Magic Kingdom’s Tomorrowland. Iger shared that the company has been trying to put plans in place for a possible revamp of the beloved area of the theme park. He said that there was nothing solid in the works, but in the years ahead to expect new activity in the area.

Disney fans who have been keeping up with Walt Disney World construction know that the all-new Tron coaster is currently underway at Magic Kingdom. Does the removal of the Tomorrowland entrance sign coincide with this impending refurb of the entire land? It’s too soon to tell, but we’re excited to find out.

Do you think Magic Kingdom’s Tomorrowland will be reimagined anytime soon? Let us know in the comments!