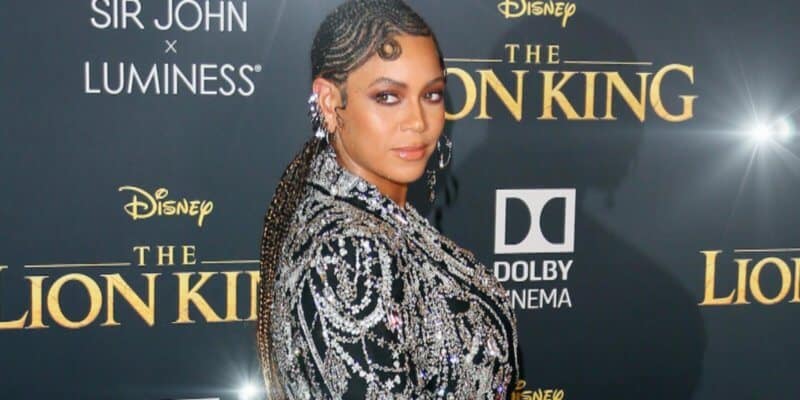 Beyoncé just starred in Disney’s 2019 remake of “The Lion King” and produced an album inspired by the film, but it would seem that her work with Disney isn’t over yet. Rumor has it the singer and actress is in talks with Disney for a multi-million dollar movie deal, and we have to admit we’re definitely excited by the possibility that Queen Bey could rule at Disney.

A source reportedly spoke to U.K.’s The Sun and claimed that Beyoncé’s role in “The Lion King” won’t be the last time we see her in a Disney film. The source claims that the artist is currently negotiating a film deal with Disney, and they could not only be paying her the big bucks but also allowing her to have free reign over whatever projects she chooses to produce with the studio. Here’s what the insider said:

Beyoncé’s deal with Disney for The Lion King was one of the biggest it has done to date.

Now they want to expand it by giving her free reign to create her own movies under the Disney umbrella.

The conversations are ongoing but it’s an exciting proposition.

Of course, this rumor (like much other news floating around about upcoming Disney projects) is still under wraps, and you should only take it with a grain of salt since neither Disney nor Beyoncé have come forward and stated that this is true just yet. However, we wouldn’t be surprised if this was actually happening. Beyoncé has reportedly already generated over $965 million at the box office to date, and she recently teamed up with Netflix to create original content for that streaming platform. With the artist’s reputation, fanbase, and incomparable talent (and after the success of “The Lion King” thus far), it would only make sense for The Walt Disney Company to want to continue working with her in a greater capacity.

We still haven’t confirmed if Disney and Beyoncé have more movie magic up their sleeves for the future, but we’ll let you know if more news breaks.

What do you think of Queen Bey possibly working with Disney on a new movie deal? Let us know in the comments!